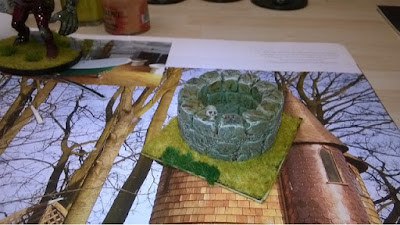 Finished painting this today, just a simple well but I added the base, grass and skull today. 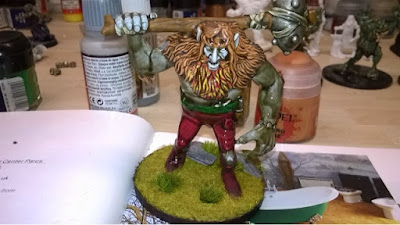 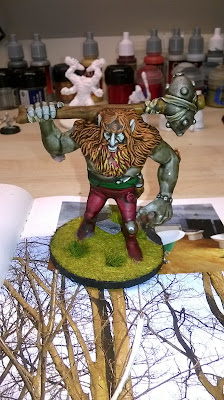 Fire Giant.
Painted this a few weeks ago but added some more detail, re-dipped and I also flocked the base. 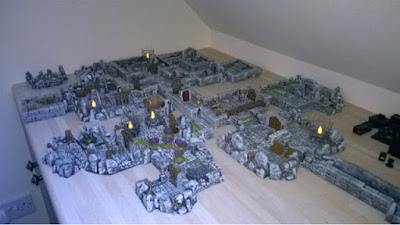 This wasn't painting today, but I came up to my office and found my 4 year old daughter playing with daddies "maze". She'd added loads of door and turned on all of the lights that I'd painted. Looks like she had a great time. 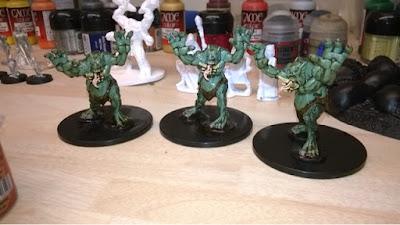 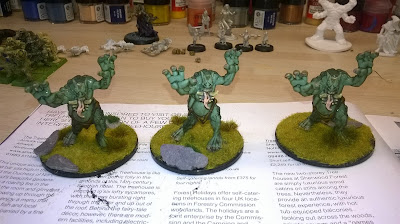 Trolls from Pathfinder miniatures.
These were pre-painted but I've dipped them and I'll add some flock to the bases tomorrow.

The Rise of Tiamat

And so we continue our adventure into book 2.

The Rise of Tiamat.

We made it, book one is long forgotten and we are now making progress with The Rise of Tiamat. For anyone else who has played this campaign, you are probably wondering why it's taken so long to get to this point in the dungeon....well me and my chums only get to play once per month and we only started this dungeon back in Jan 2015 so it's taking some time but we are getting there.

Shown below are some of the pics that were taken on Saturday just gone, 12th September.
We are playing through chapter 1 of the 2nd book in the series.....more ice, more cold and another White Dragon to take on..... 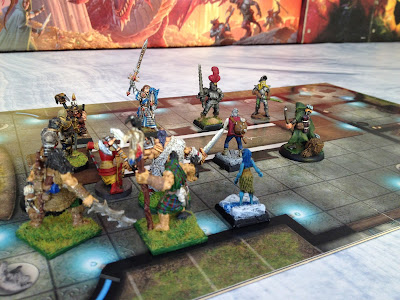 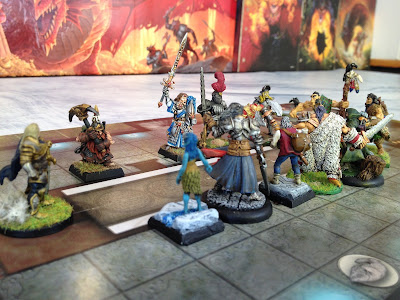 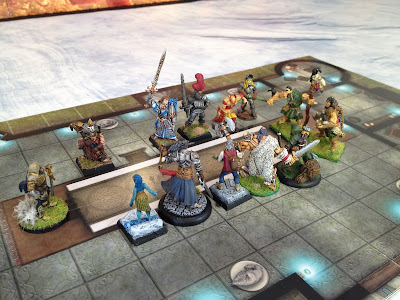 Merrow attack whilst the party were on board the Frostskimmr.

I decided to give the captain of the ship a Dutch accent.
He did sound a little bit like a certain character from a well known Austin Powers movie.

Schmoke and a pancake? 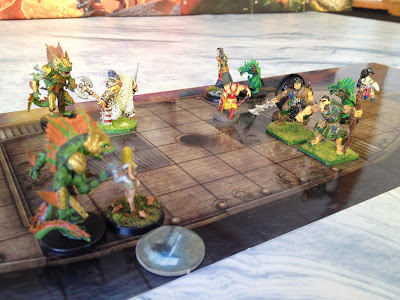 I used a new 6x4 foot vinyl map for this part of the dungeon.
Purchased from artistic-impressions-uk
Very cool map and made the table look awesome. 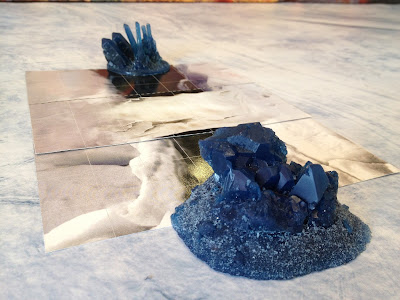 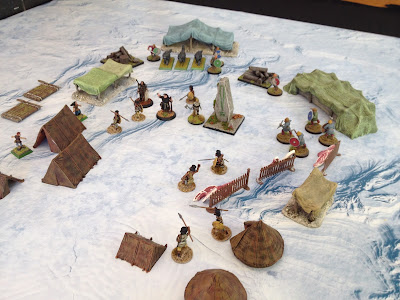 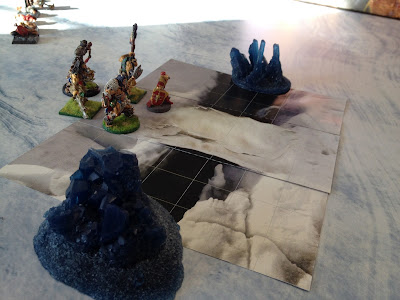 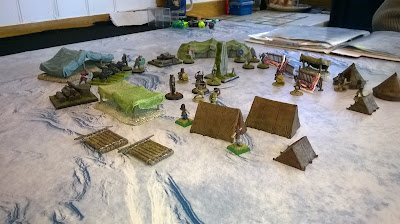 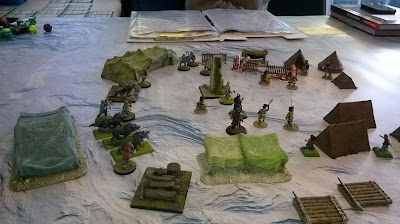 Inside the ice caves, after the party had negotiated with the Shaman of the village she was happy to send them down into the depths of the iceberg to seek out and remove the White Dragon Aurathator 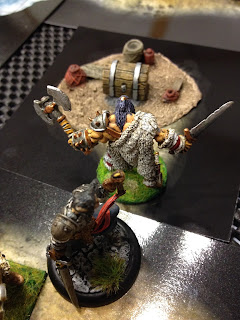 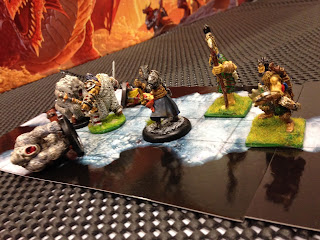 I spiced up the random encounters by adding Yeti and Abominable Yeti's and possible foes who could be wandering the halls.

The book gives a list of random encounters based on the following:
1. Fog
2. Kobolds
3. Ice Toads
4. Maccath the Crimson
5. Ice Trolls.

As far as I could see none of these were encounters that would challenge or worry a party of 5 to 6 8th level adventurers. So I replaced Ice Trolls with Yeti's, unfortunately the party rolled this twice so there were two rather "hairy" fights for them to overcome. 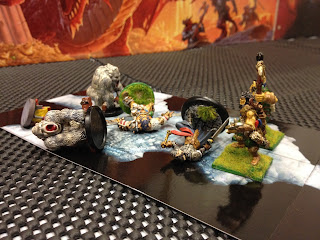 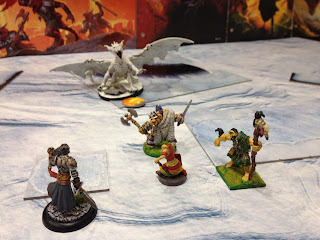 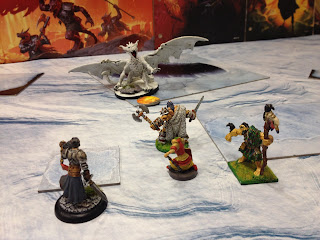 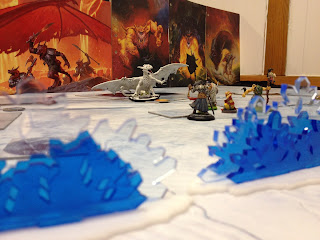 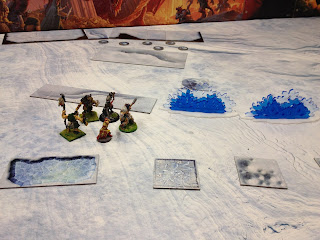 This is obviously a key encounter in this chapter and should be deadly. I thought it strange that the writers of the dungeon would include a challenge level 13 fight in a dungeon designed for 8th level characters. This dungeon seems to go from one extreme to the other, nothing but cannon fodder of the upper levels and then a possible TPK on the lower level.

Any way.....this was a hard fight as I decided that Aurathator would not go toe to toe with the party, he knew they were coming after they set off the alarm in the upper level. So I kept him mobile and up in the air for the majority of the fight, he rarely stayed on the ground to fight and did escape. But there will always be another time for the party to go up against this foe again.