New models that I have painted.

New stuff that I have painted.

Here are some new pictures of models that I have painted for my collection of D&D miniatures. 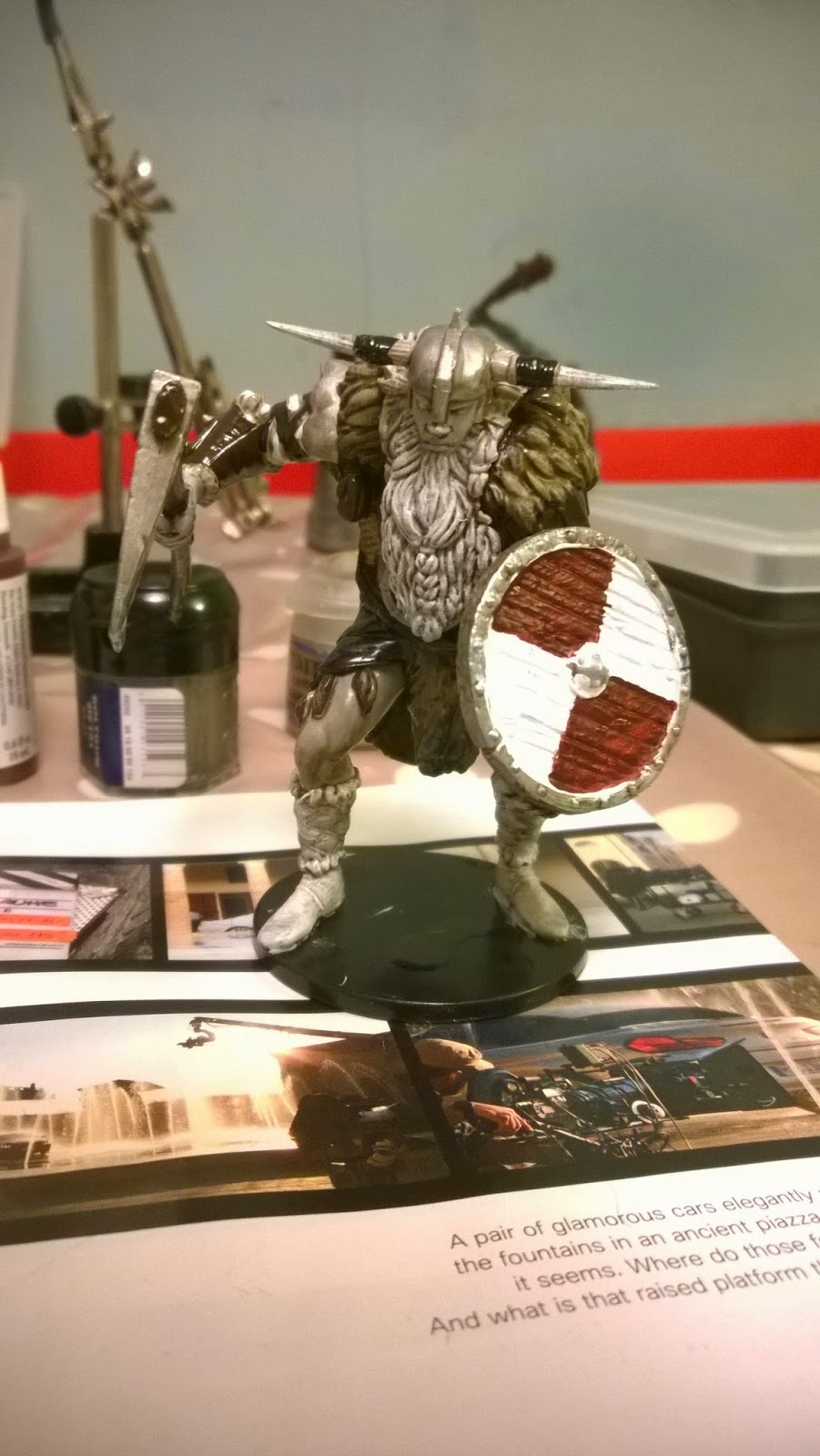 FROST GIANT.
This is from the Whizz Kids range of models that are being made for WoTC.
I repainted the shield and also added new colour to his beard, clothes, armour and skin. 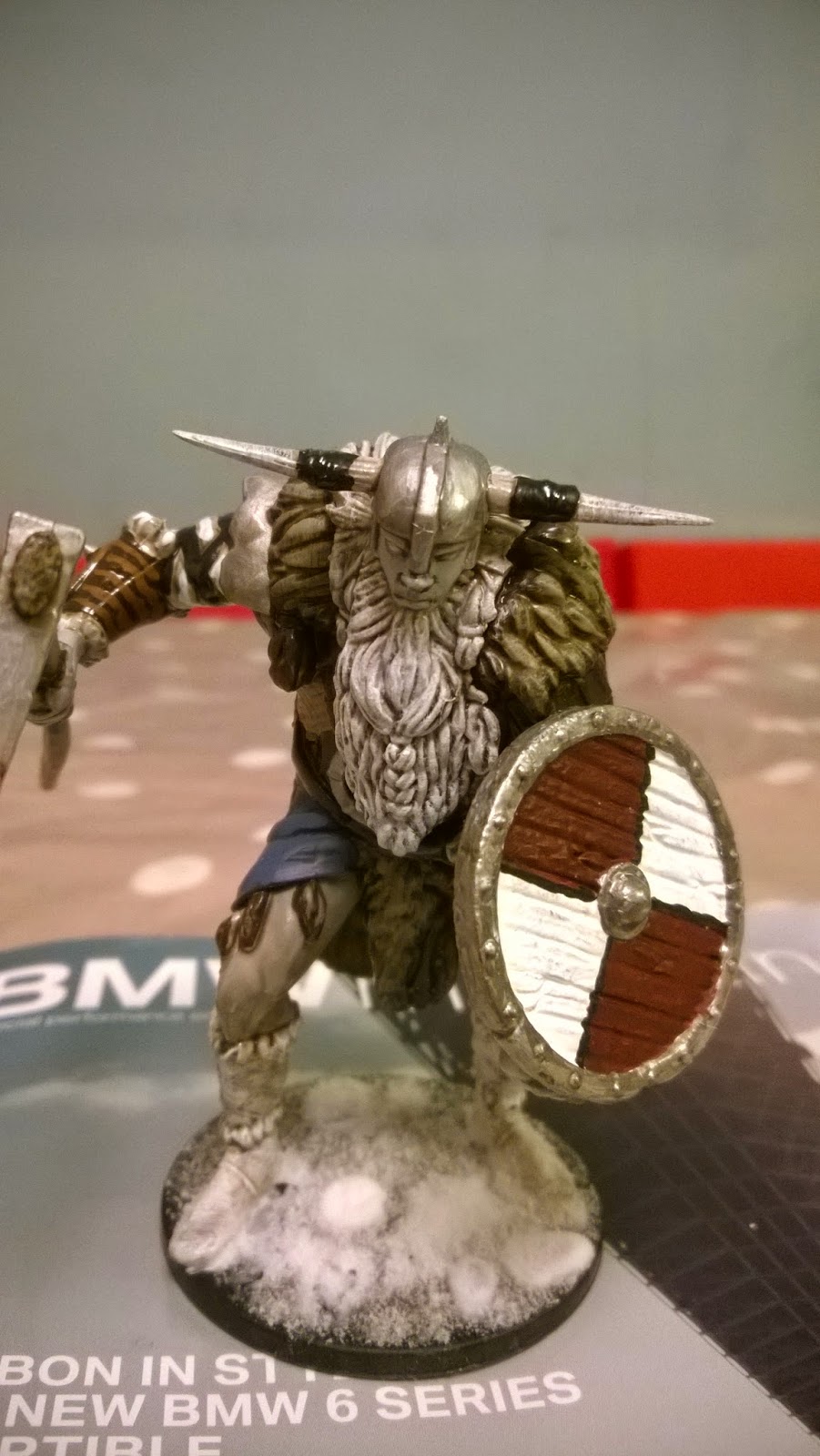 In this picture you can see that I added a snow flock to the base.
It's not finished yet as I am adding some green flock as well, but this hasn't arrived in the post yet. 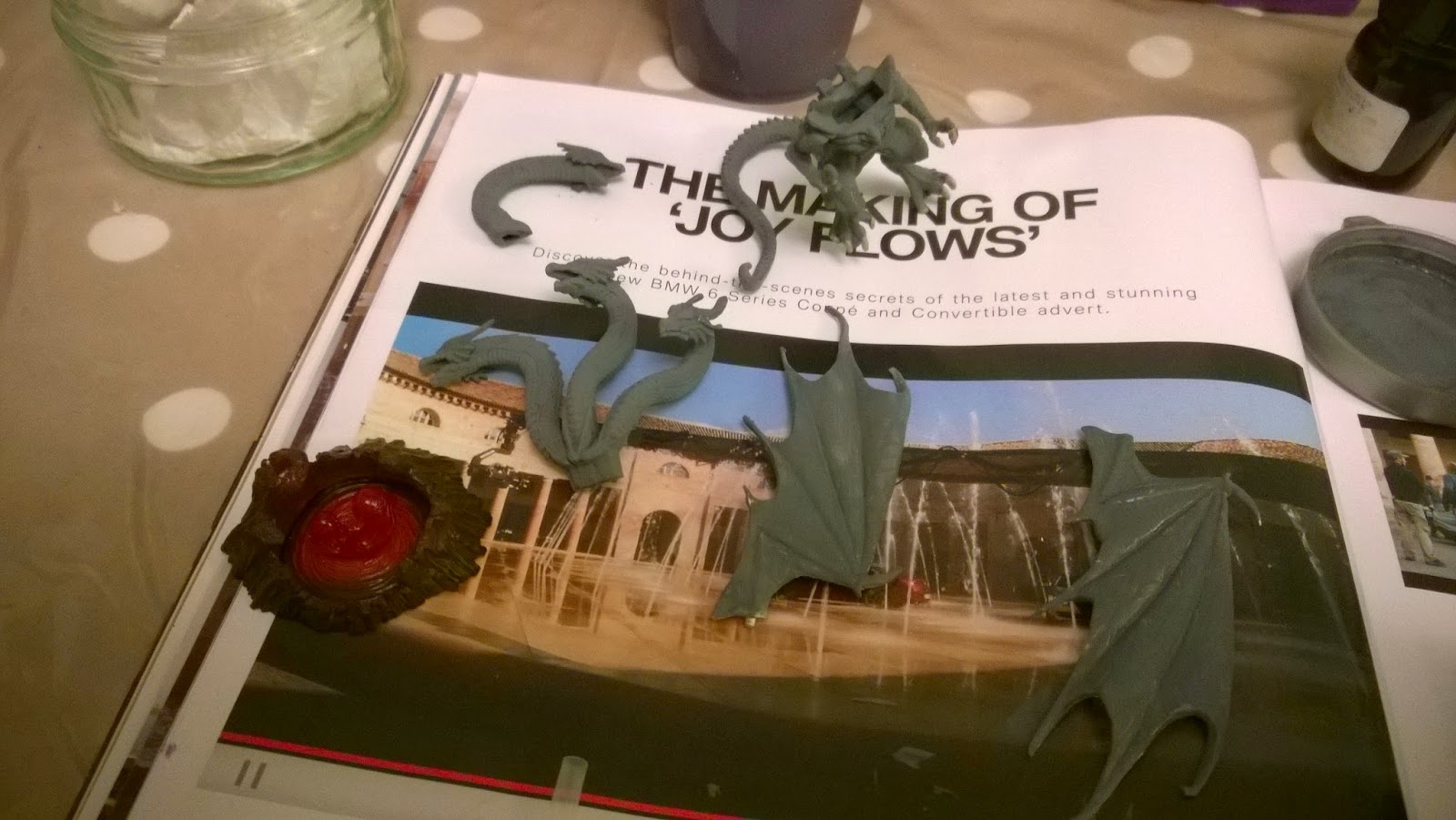 Aspect of TIAMAT.
I found this model on eBay, I think its a Japanese kids toy and it came in several parts plus it was
painted bright blue and gold.

So I had to base paint it in grey and add new wings.

I also removed one of the heads, as it came with 6 and not 5. 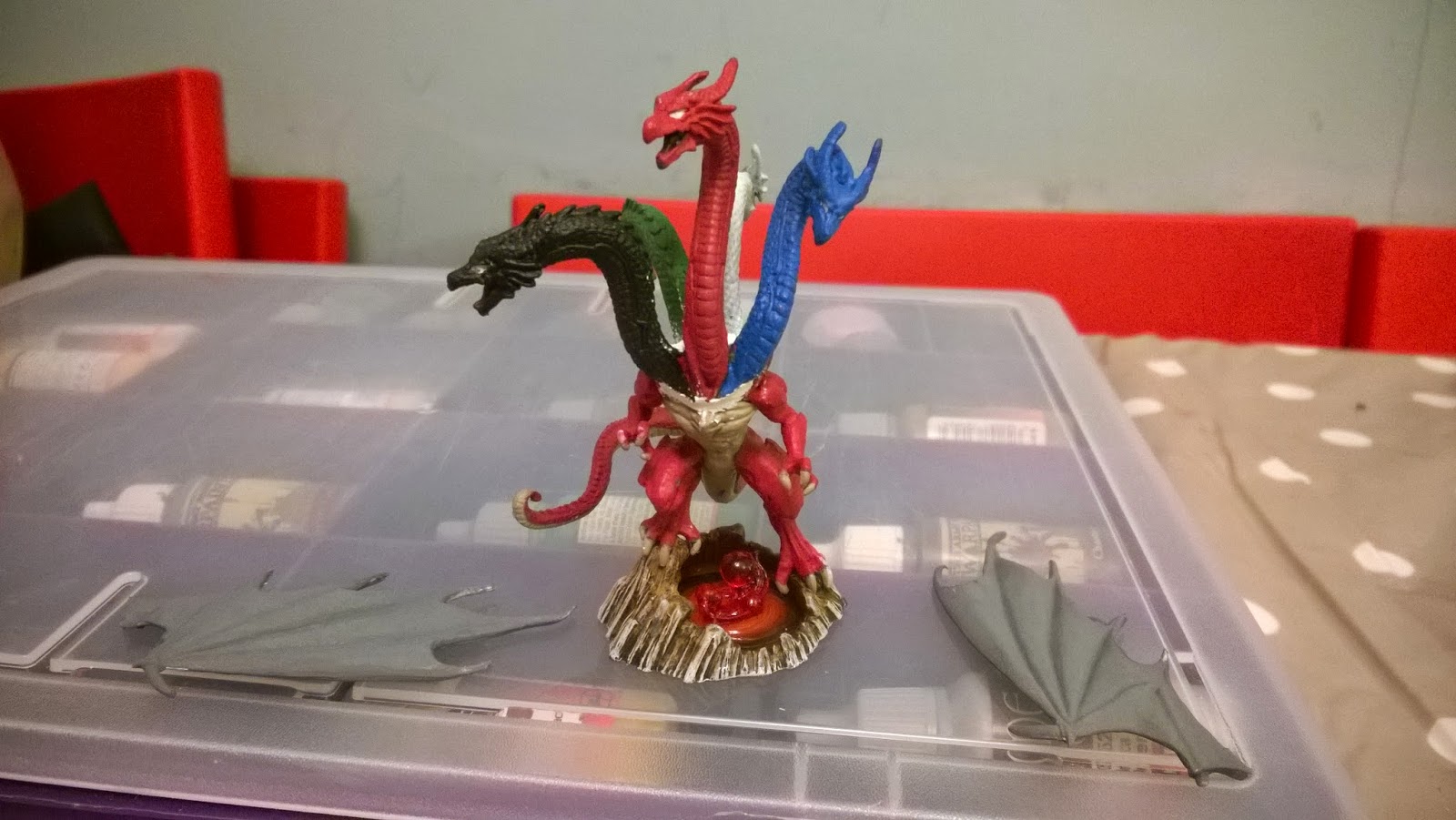 Mostly completed model, base painted and I have attached the heads now.
The model didn't quite fit together after I repainted it, so I have to use milliput to fill in the large gaps
between the body and heads. 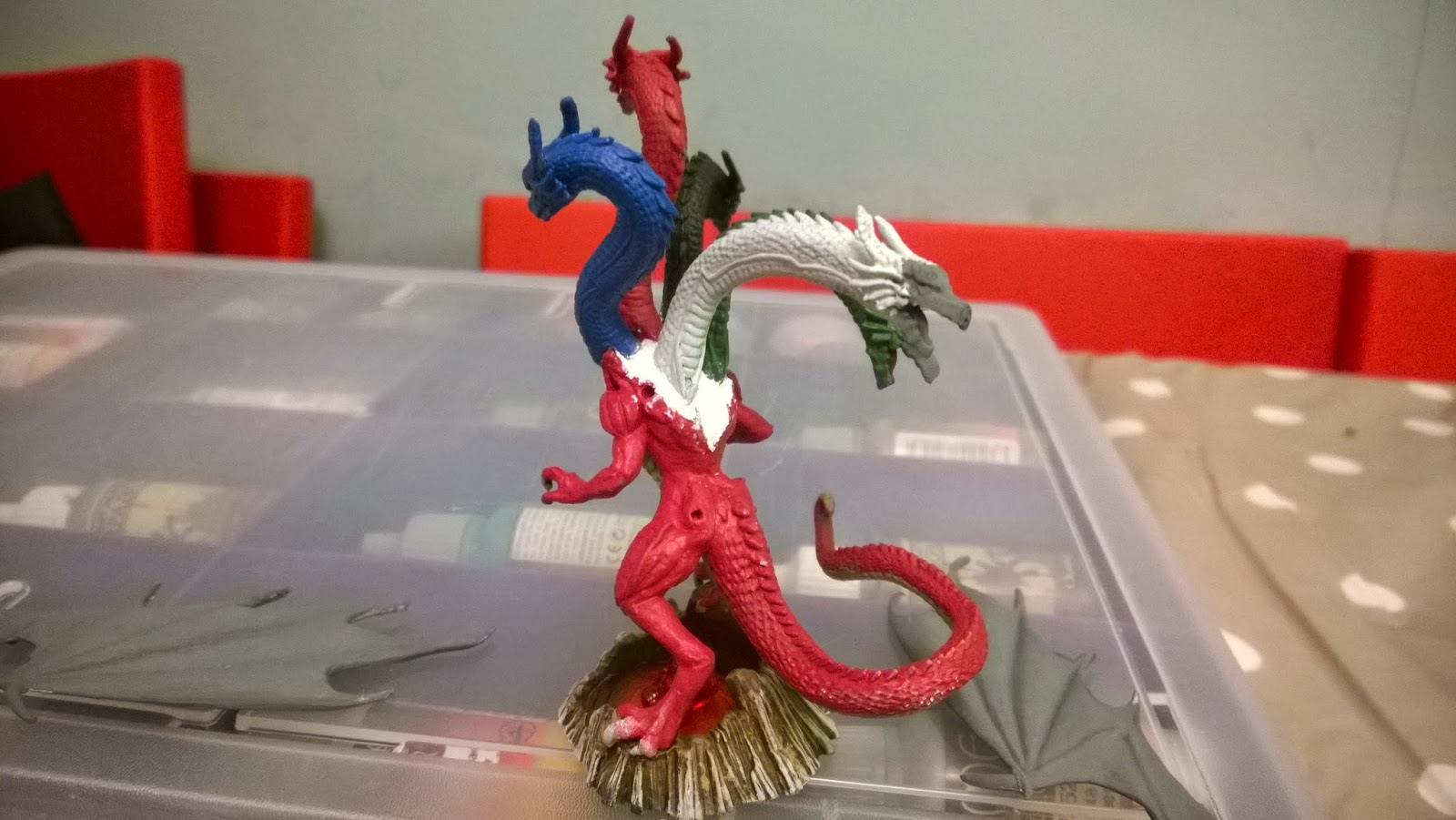 Side view on the partially painted white Dragon head, you can see the large white area here which is the milliput I had to use to secure the heads in place and also fill in the gaps on the model. 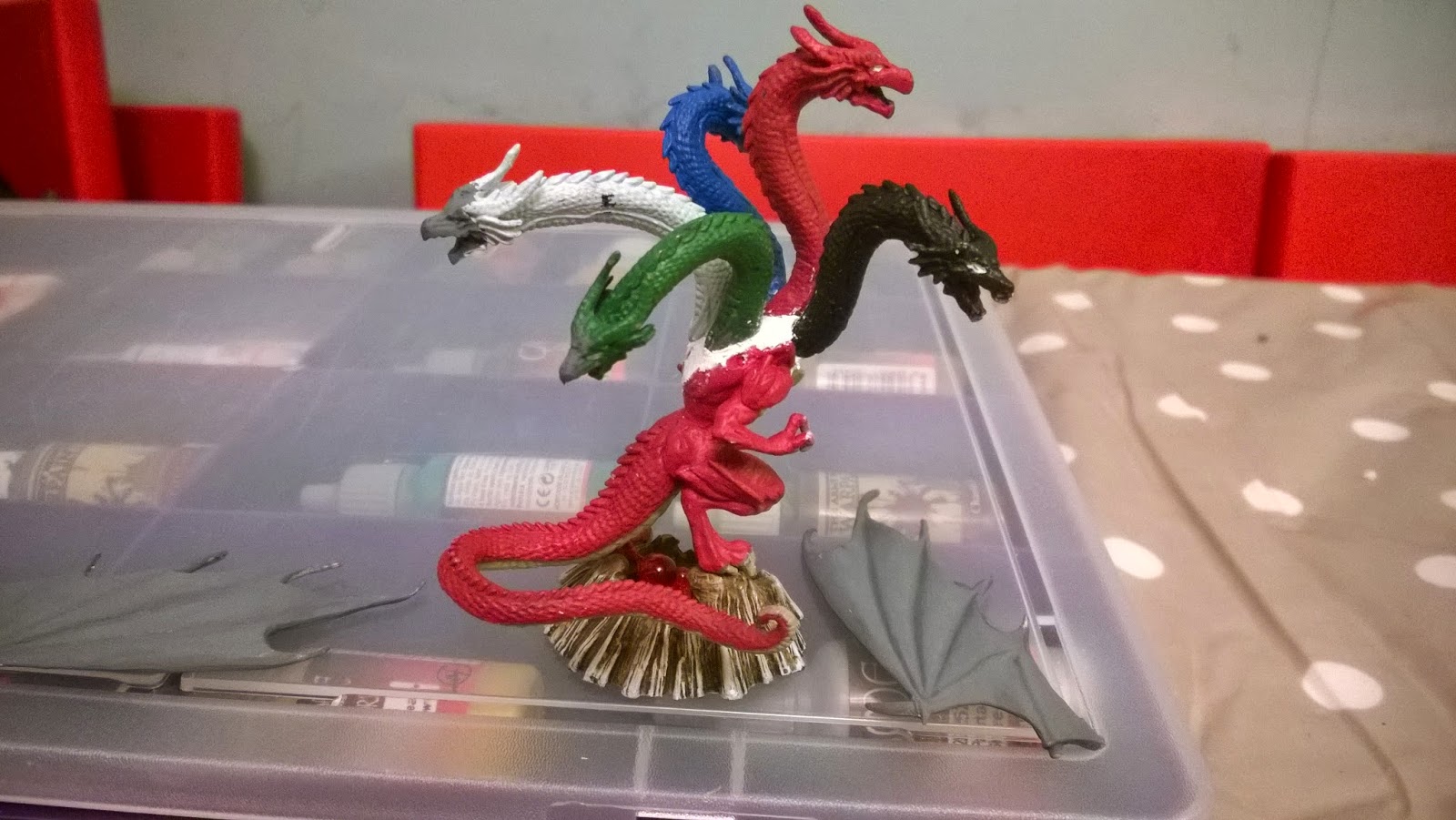 Another side view showing the green and black head.
Again the model isn't finished yet, I only have the base colours on and the wings haven't been attached yet. 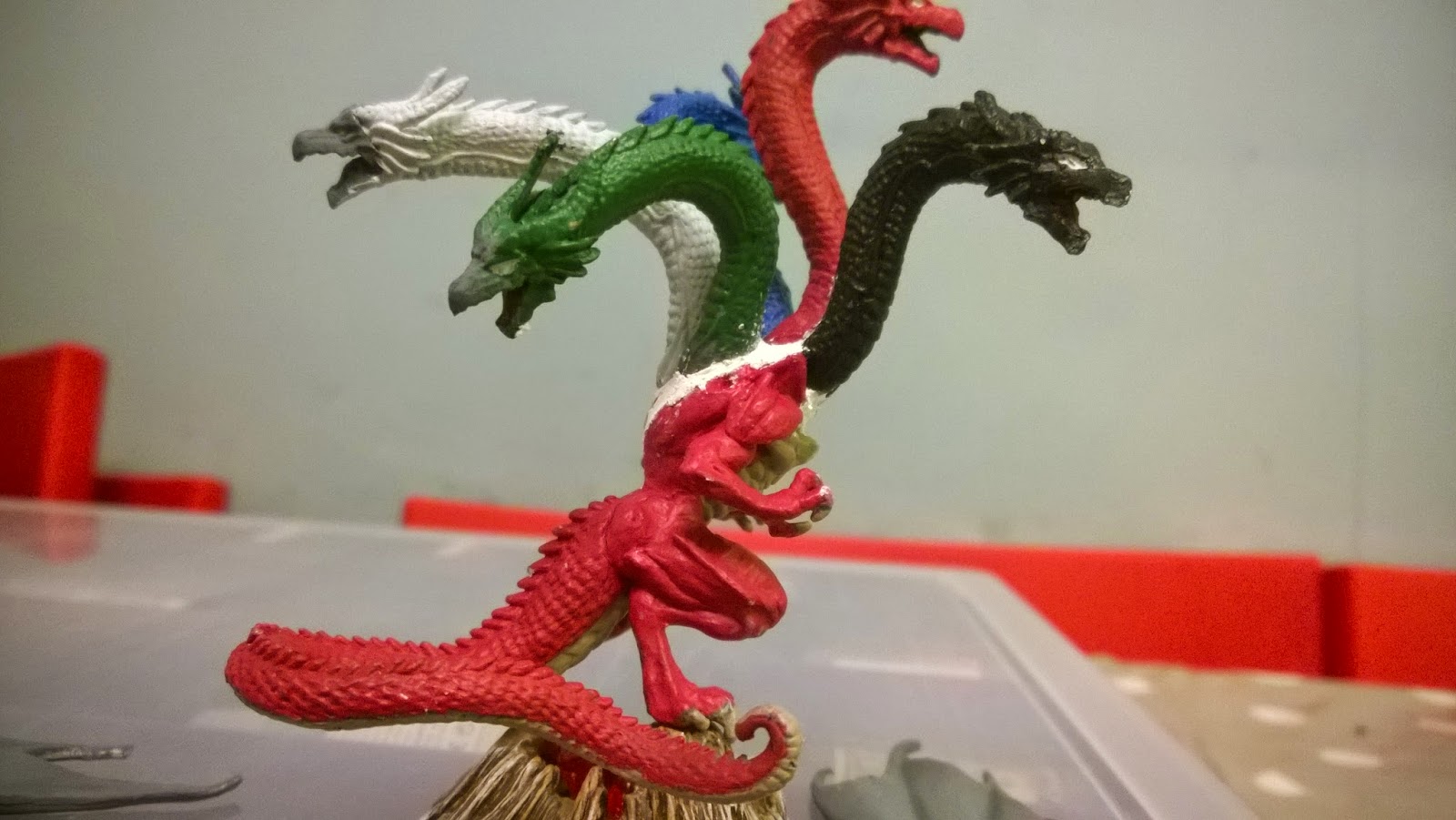 Slightly closer view of the side on view of the model.
Plenty of work left to do.
The completed model appears on this Blog under my new Monstrous Almanac page.
Have a look and let me know what you think. 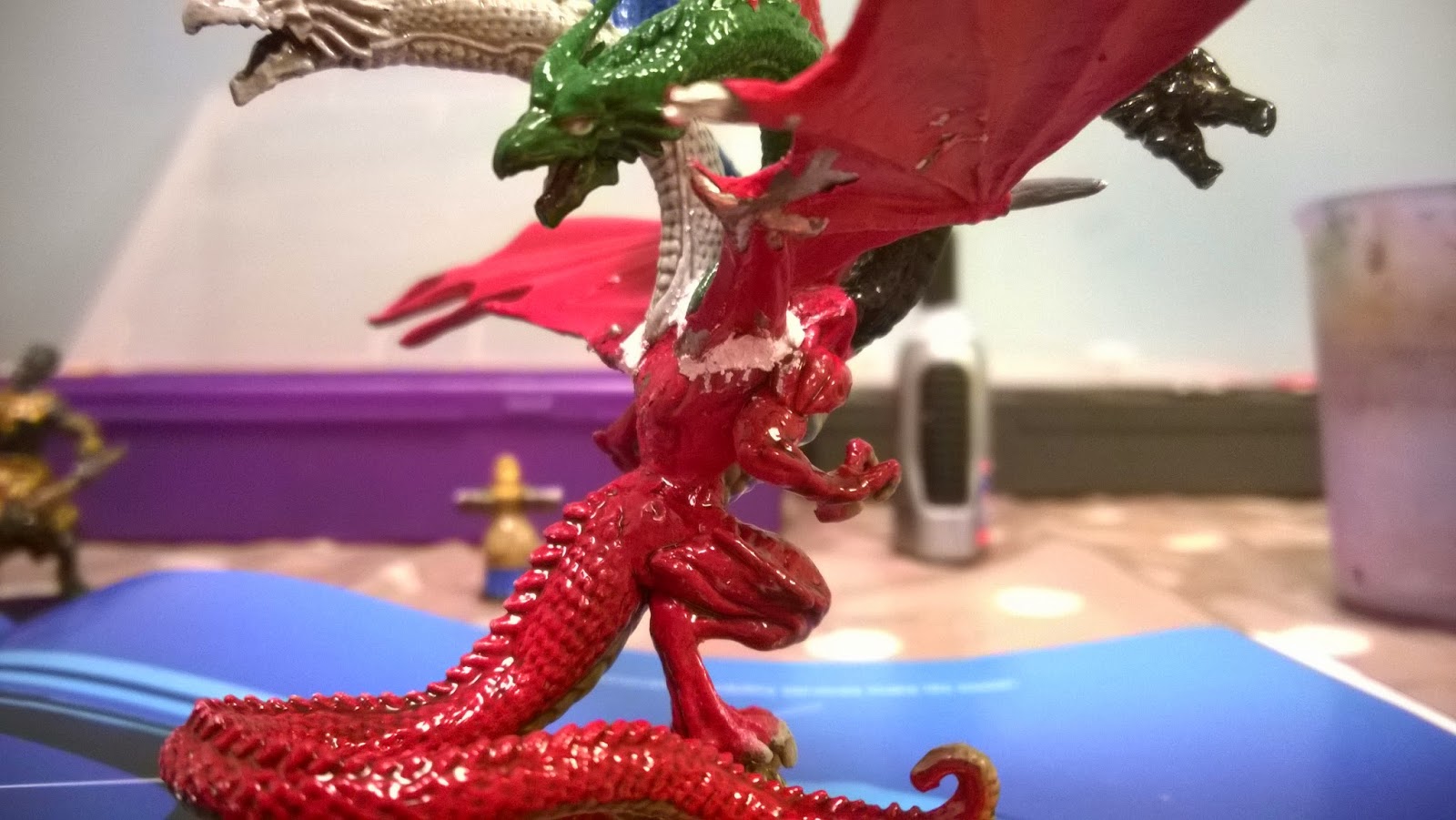 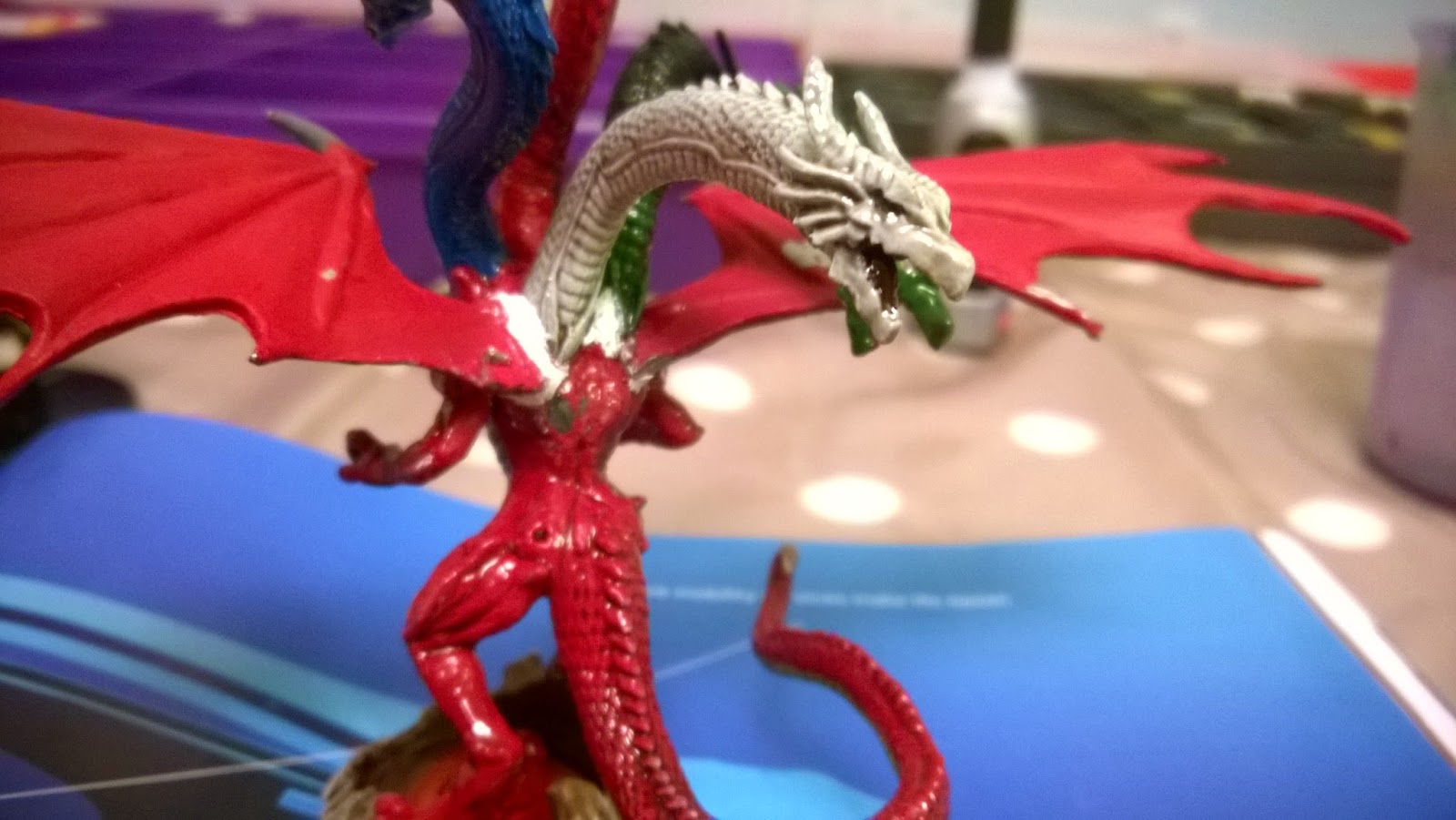 I had to pin the wings with a few pieces of wire as the model is plastic but they are made from metal, so I needed the extra strength that pinning provides. 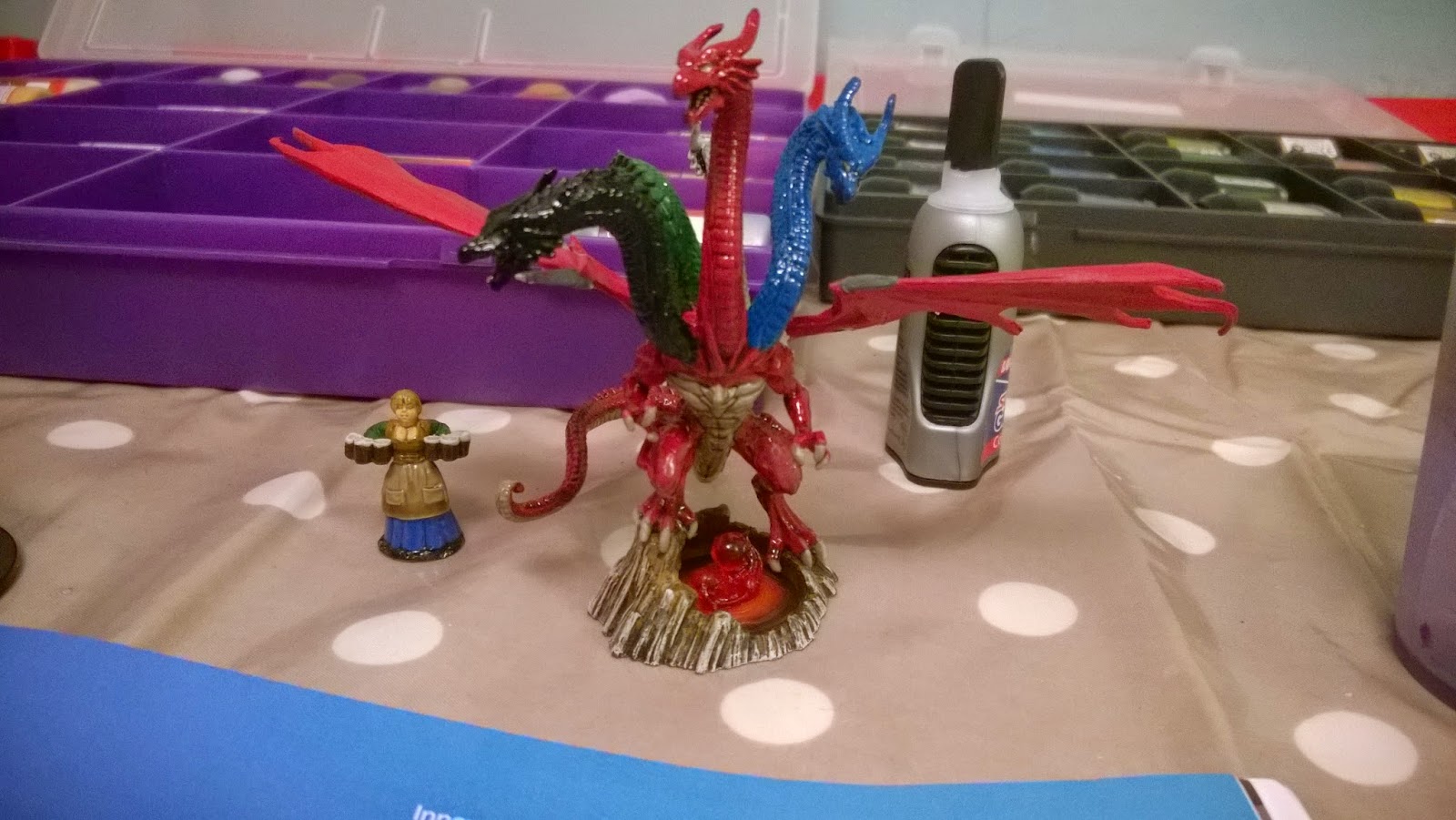 Almost completed model, at this point I still needed to repaint parts of this beast and also add some more fine detail. I added a regular 28mm model to show the size of the completed miniature.