Well I've said it before and I'll say it again, but I am not doing that again.
As I finally step away from the table and the mess that I have made I will no doubt look back at this project with fond memories......but that was one hell of a slog!!

The last of the 3D dungeon tiles are now built.
I added some sconces to the tiles and in the last couple of days I finally added the flames and painted them.

So here are some new pictures. 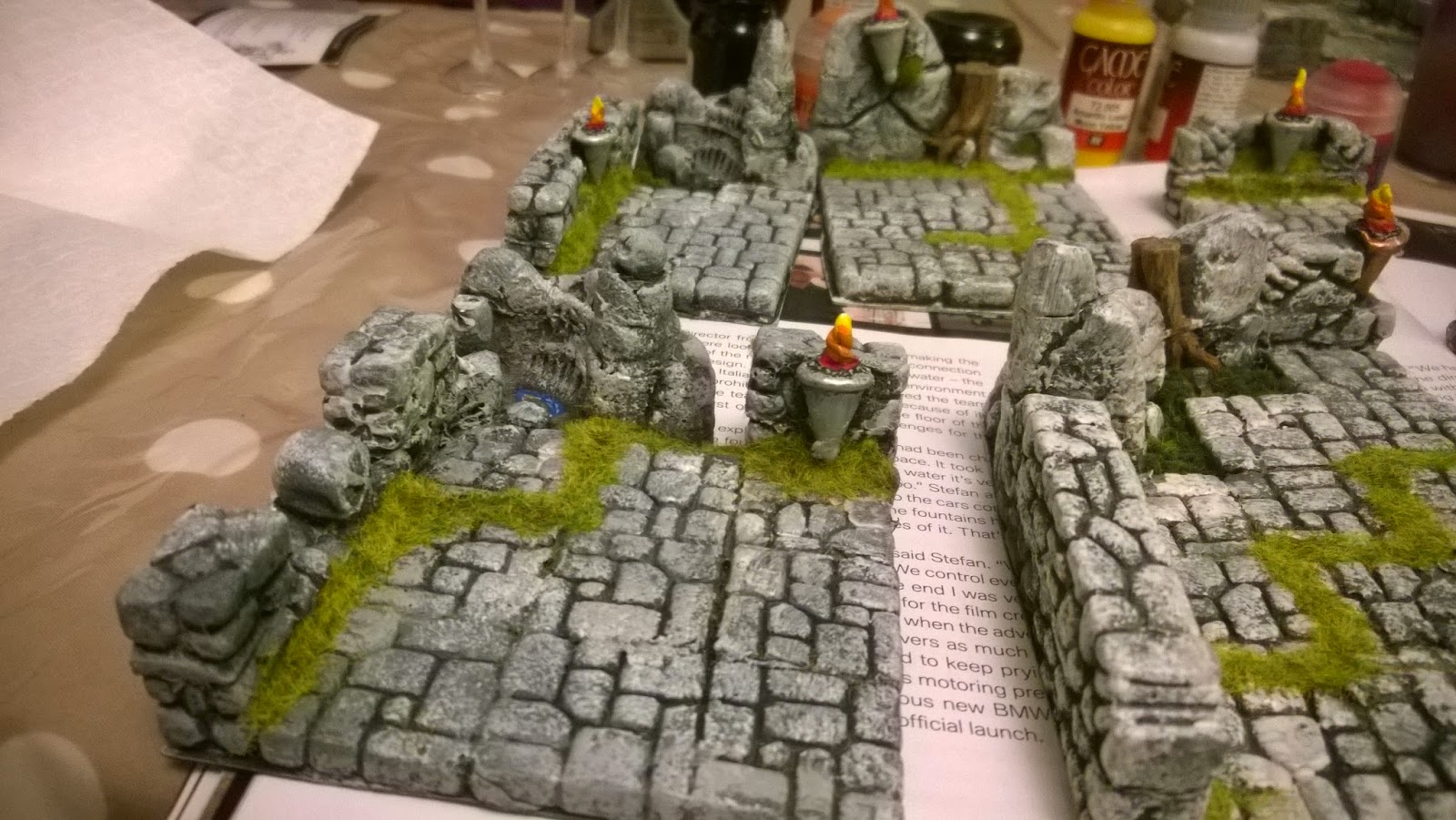 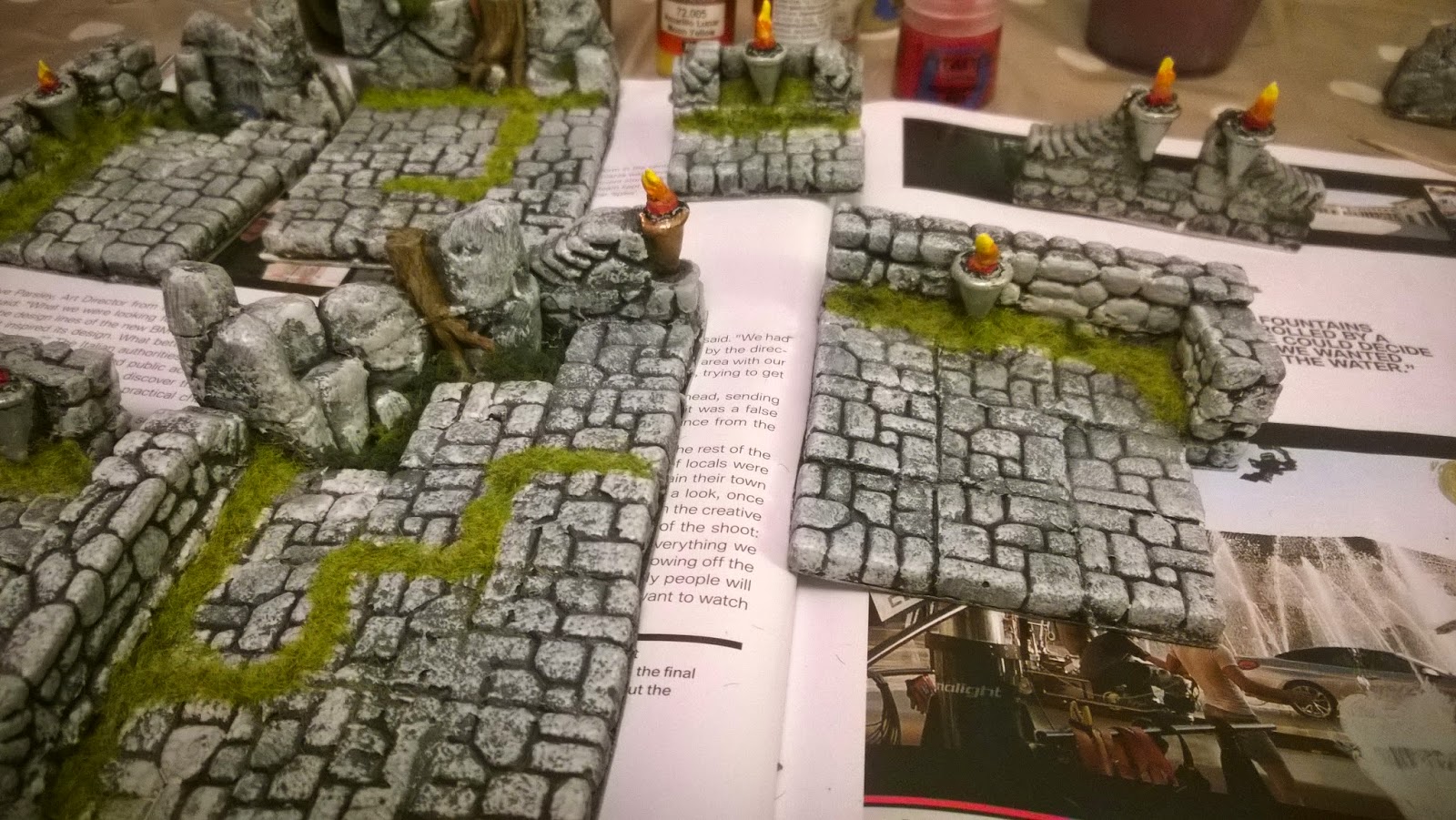 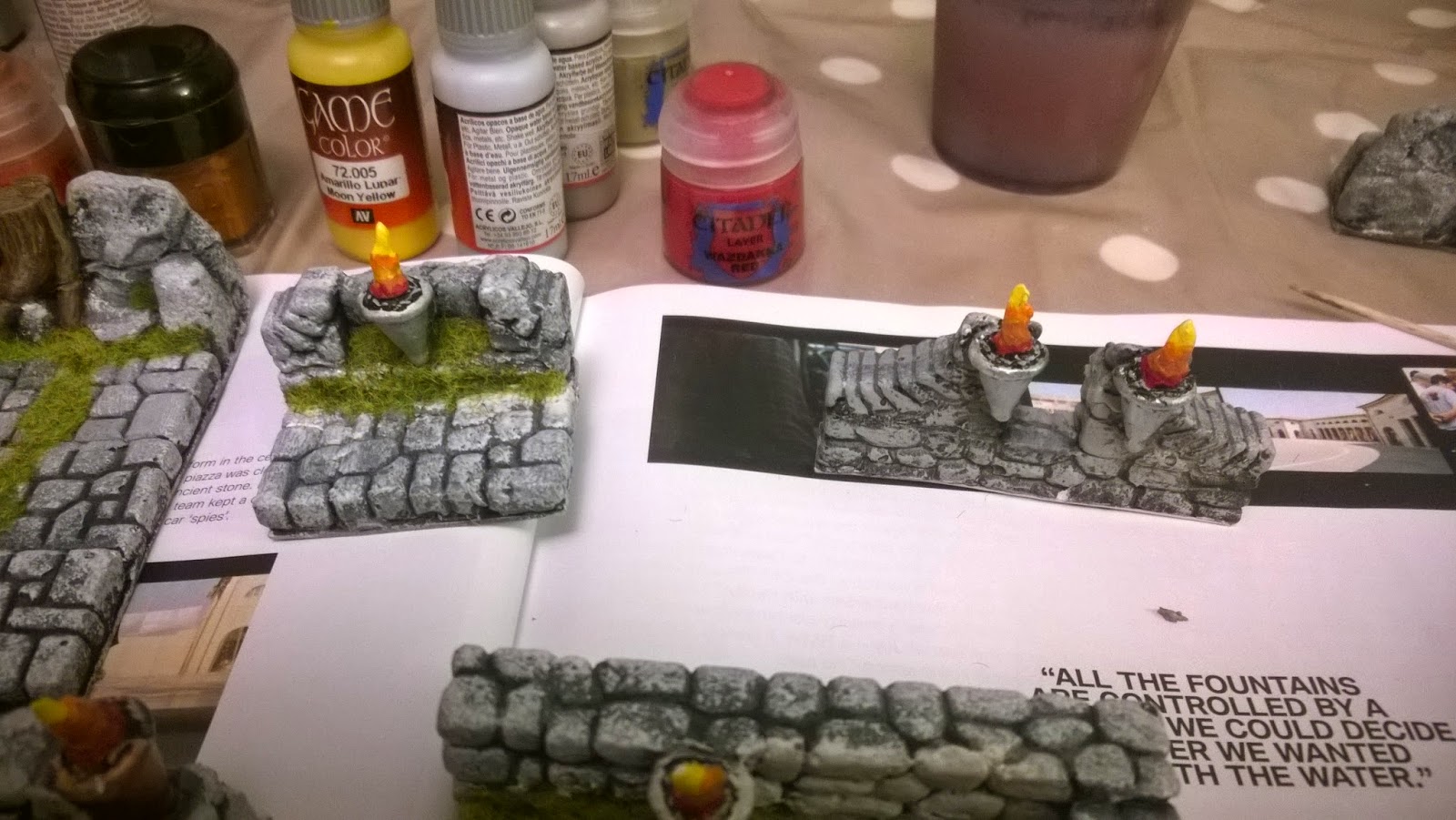 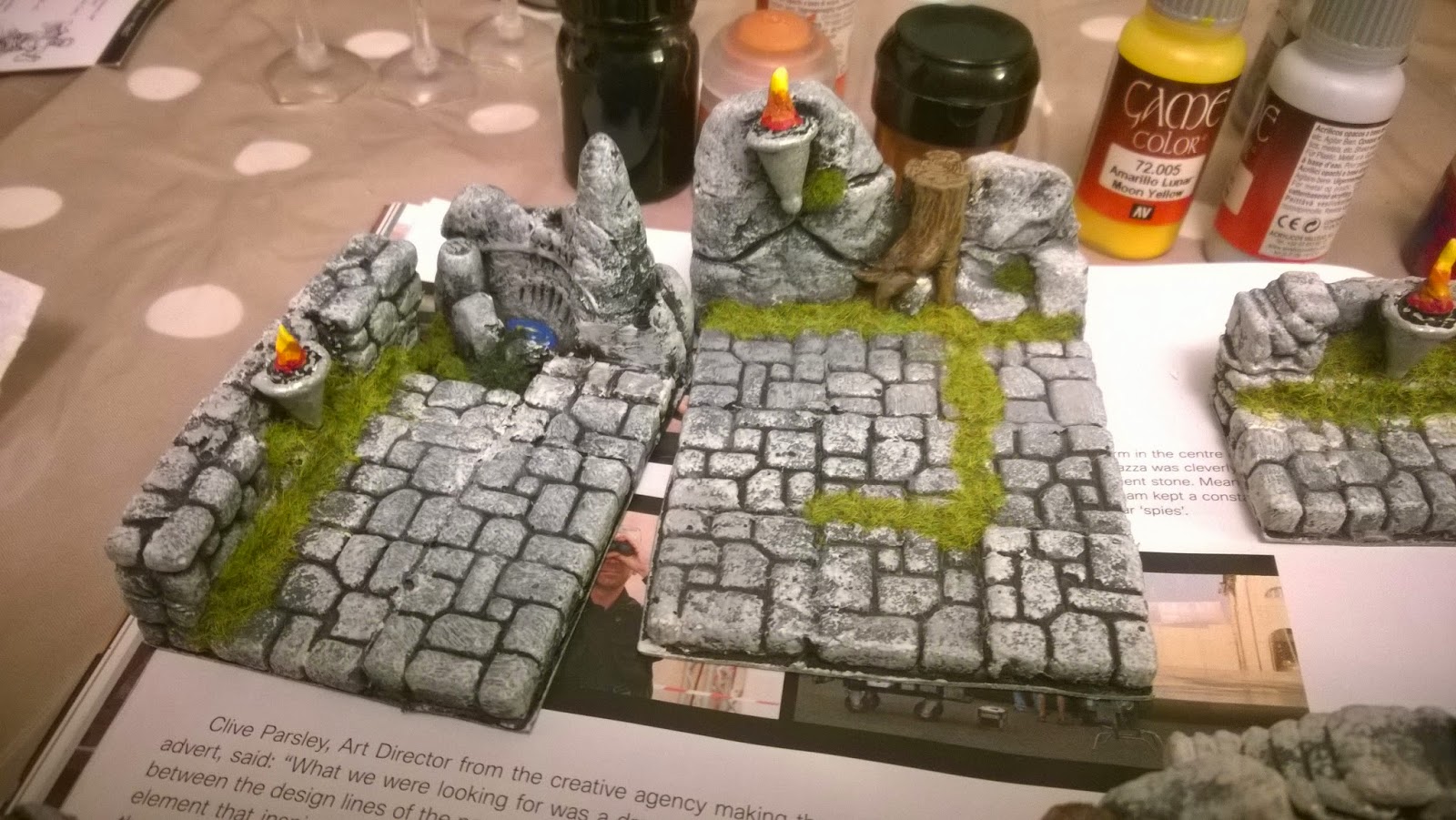 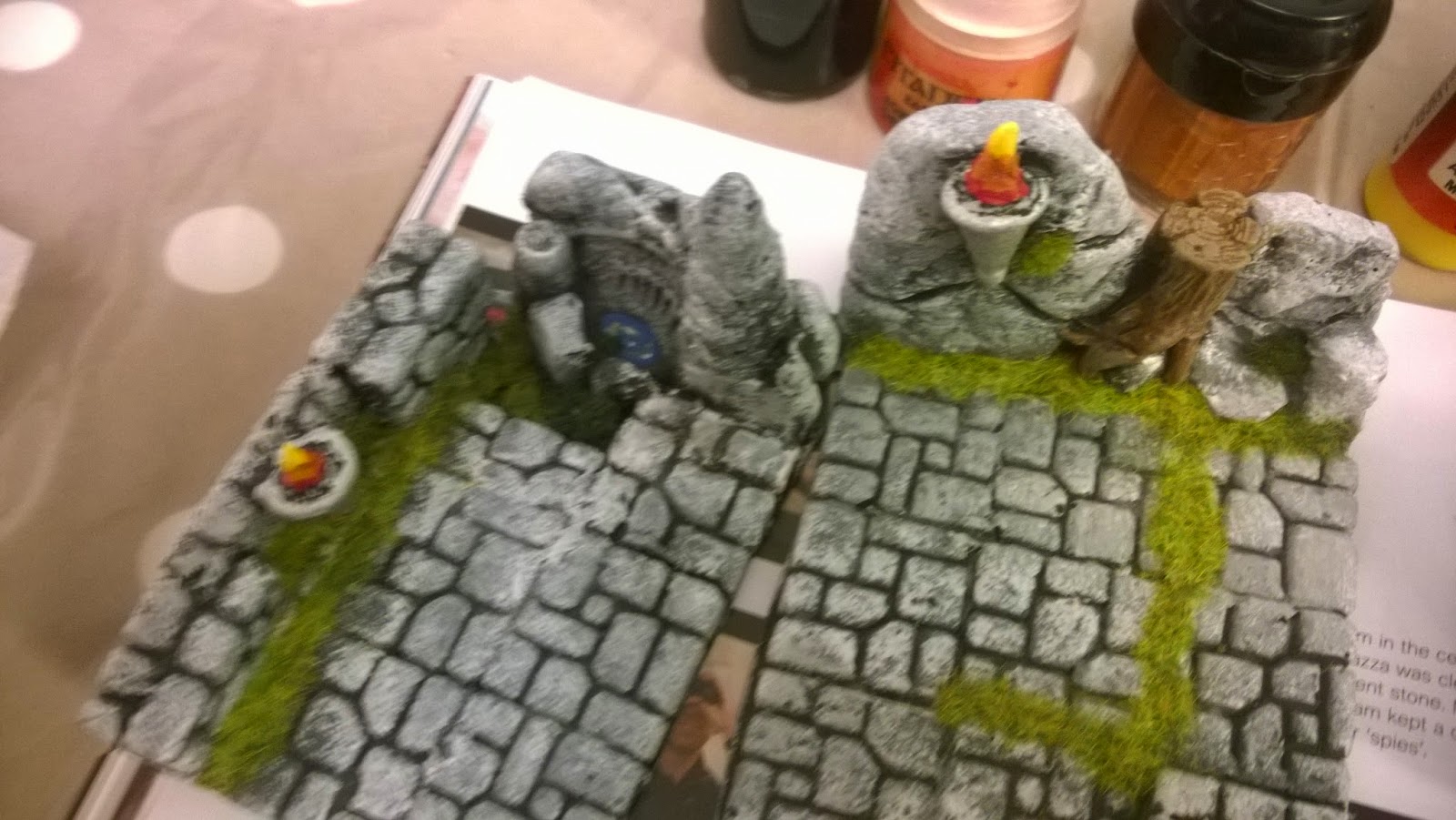 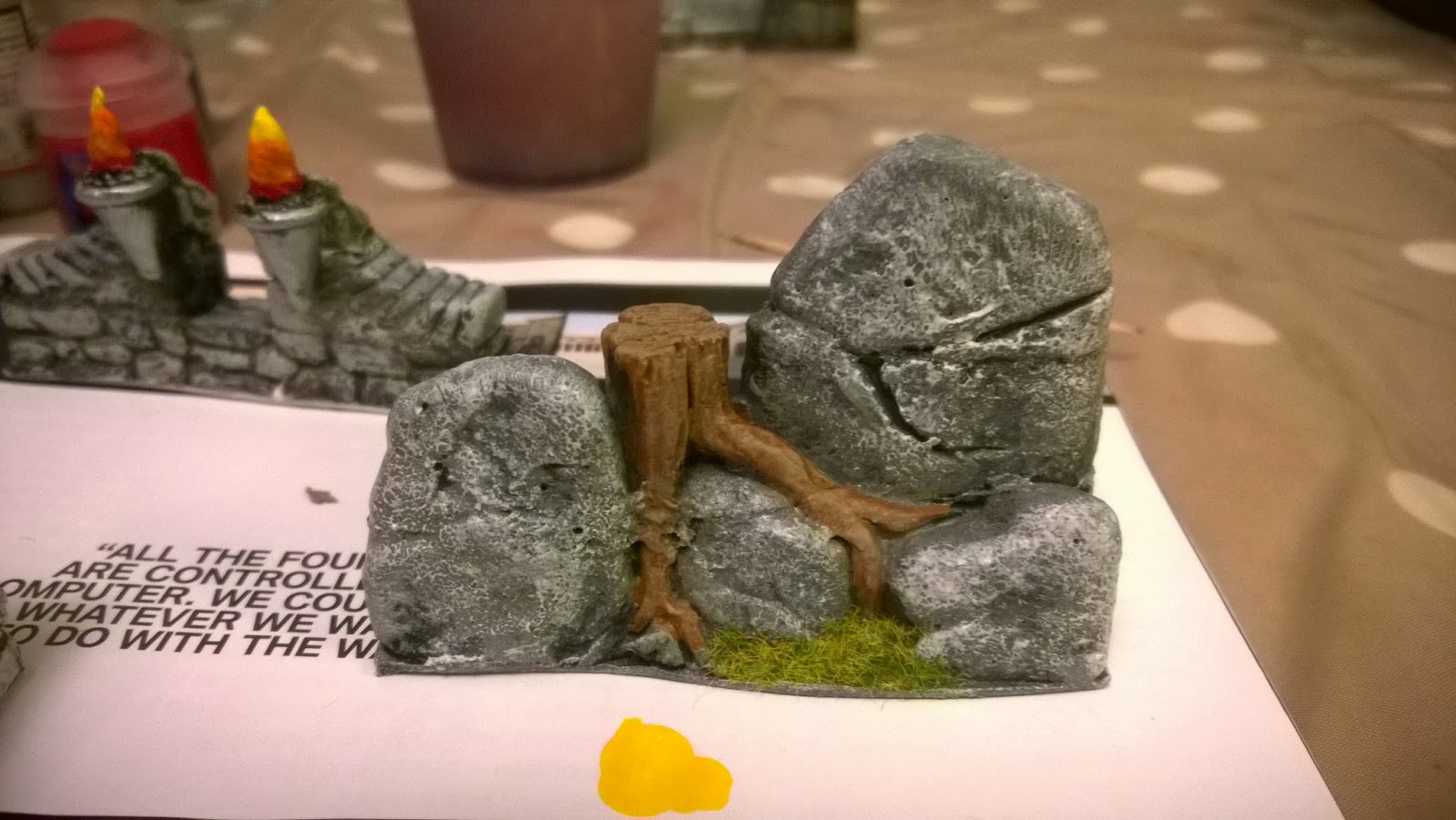 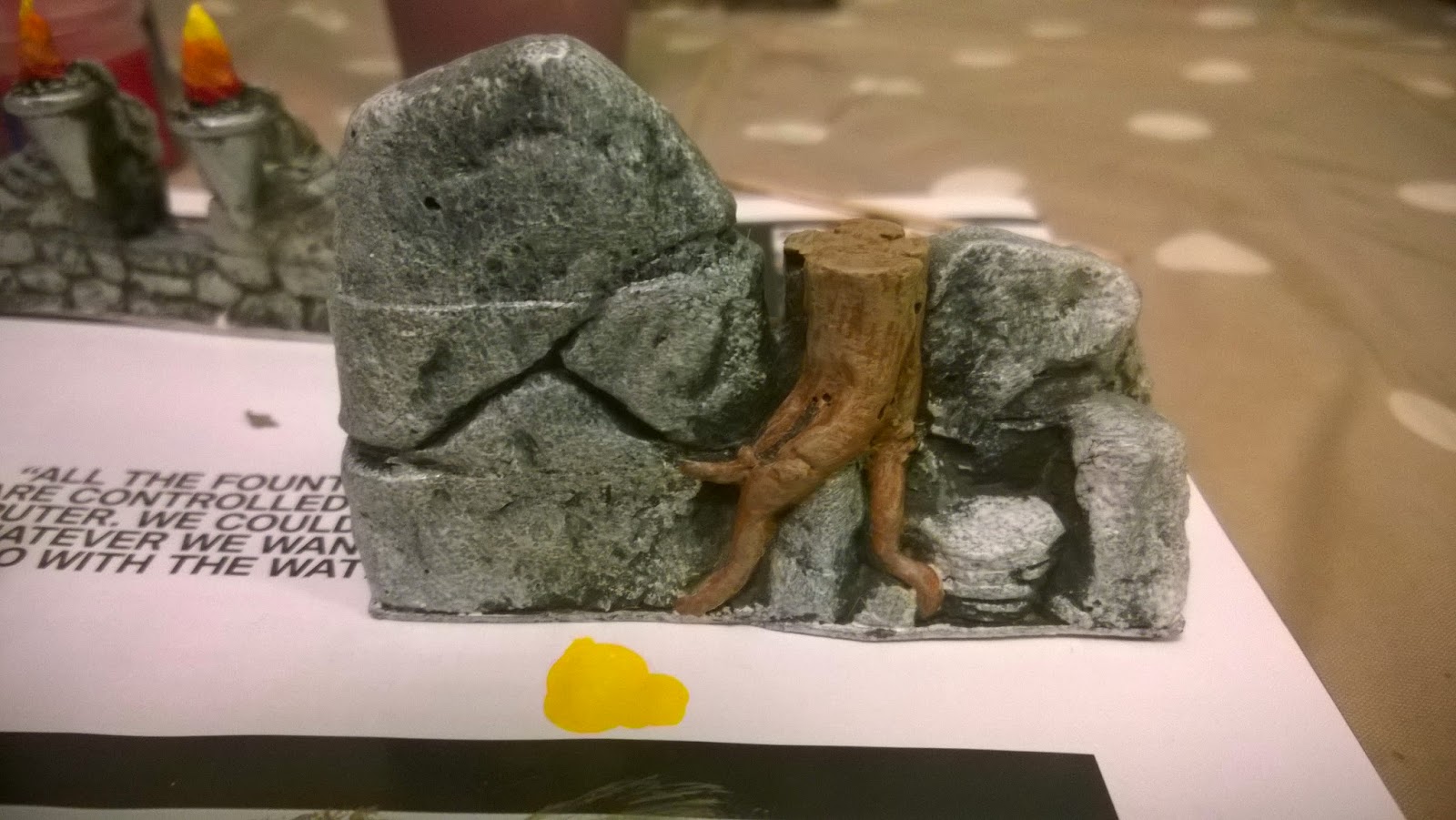 New and Old dungeon tiles - that I have made.

For anyone who has been reading this blog for a while now, you will know that I originally set up this blog to chronicle the Arc of the Mad Mage dungeon that I ran for my friends.

As well as detailing the dungeon that I ran I also posted many photos of the 3D dungeon tiles that I built, well despite saying I would never do that again - I have.

Last week I took delivery of some new tiles and I have now 95% completed the building and painting work needed. I still have a few small pieces to paint but here are some photos of what has been done so far. 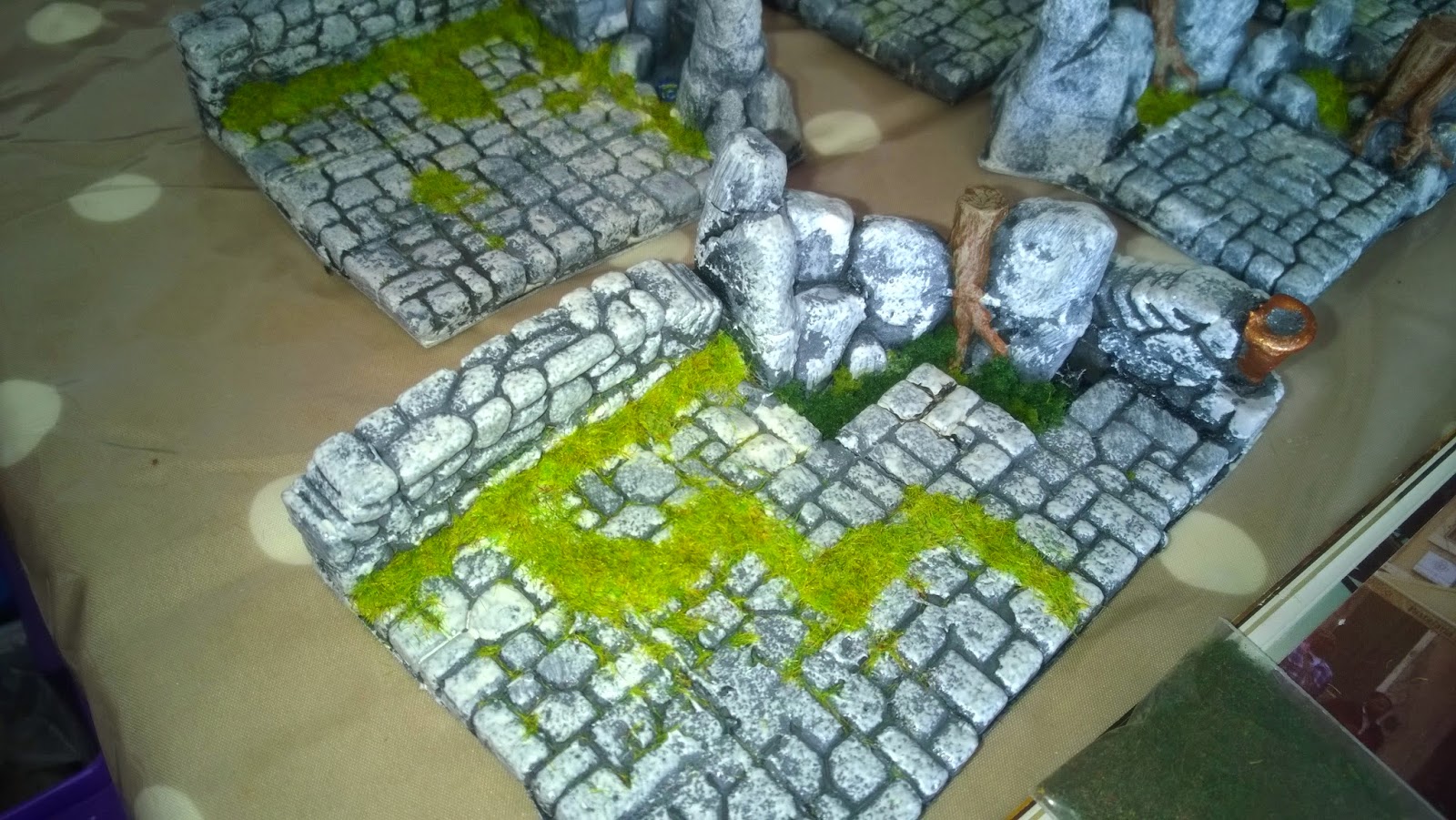 These kits were bought from eBay, they come in single blocks so you have to virtually build every room and wall from scratch. (See previous blog post) 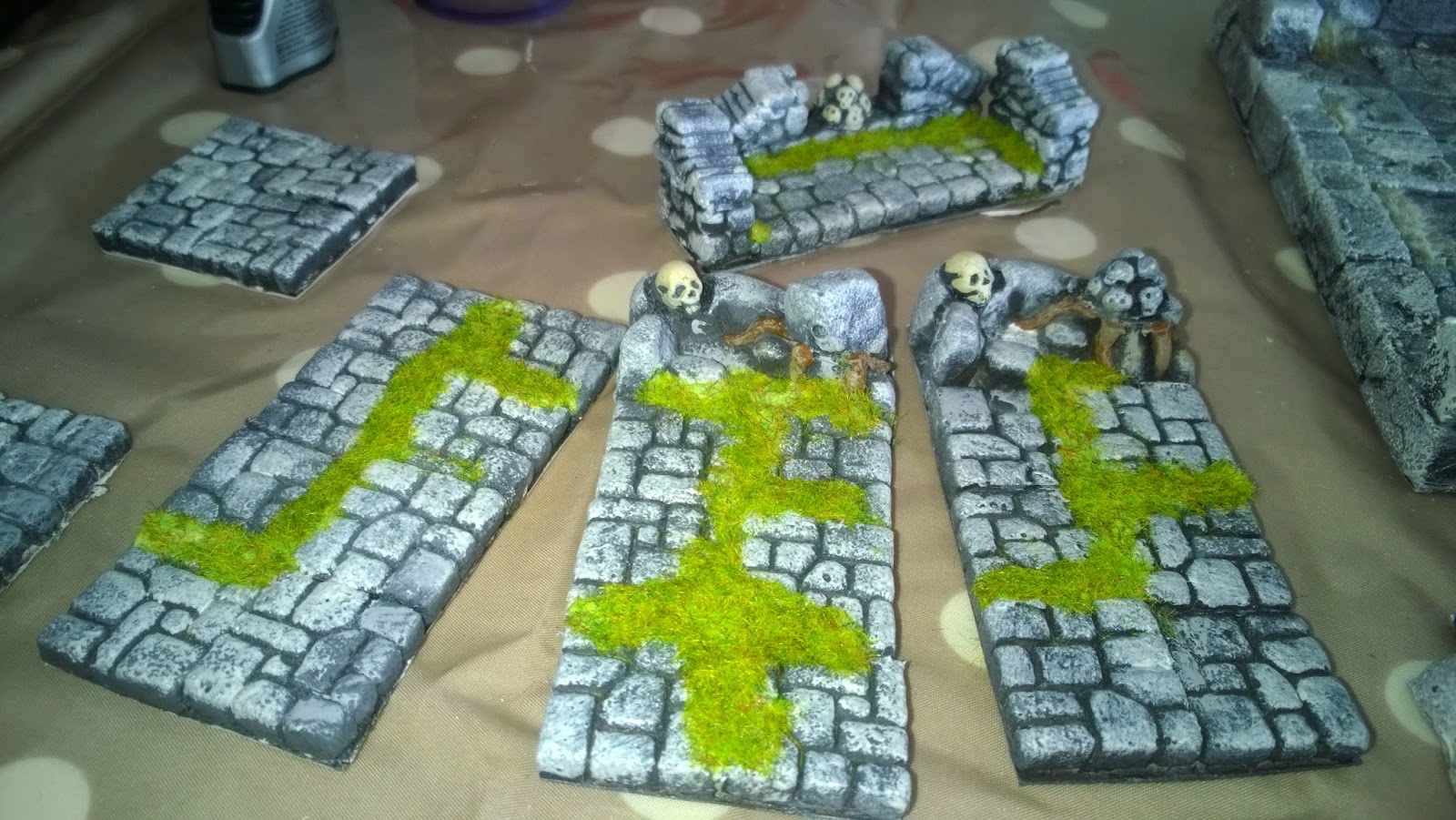 I tried to design these modular room pieces so that they could be made to build large and small rooms. If you look closely in this picture you can see some of the fine detail that I added such as the skulls, tree roots and lots of flock. 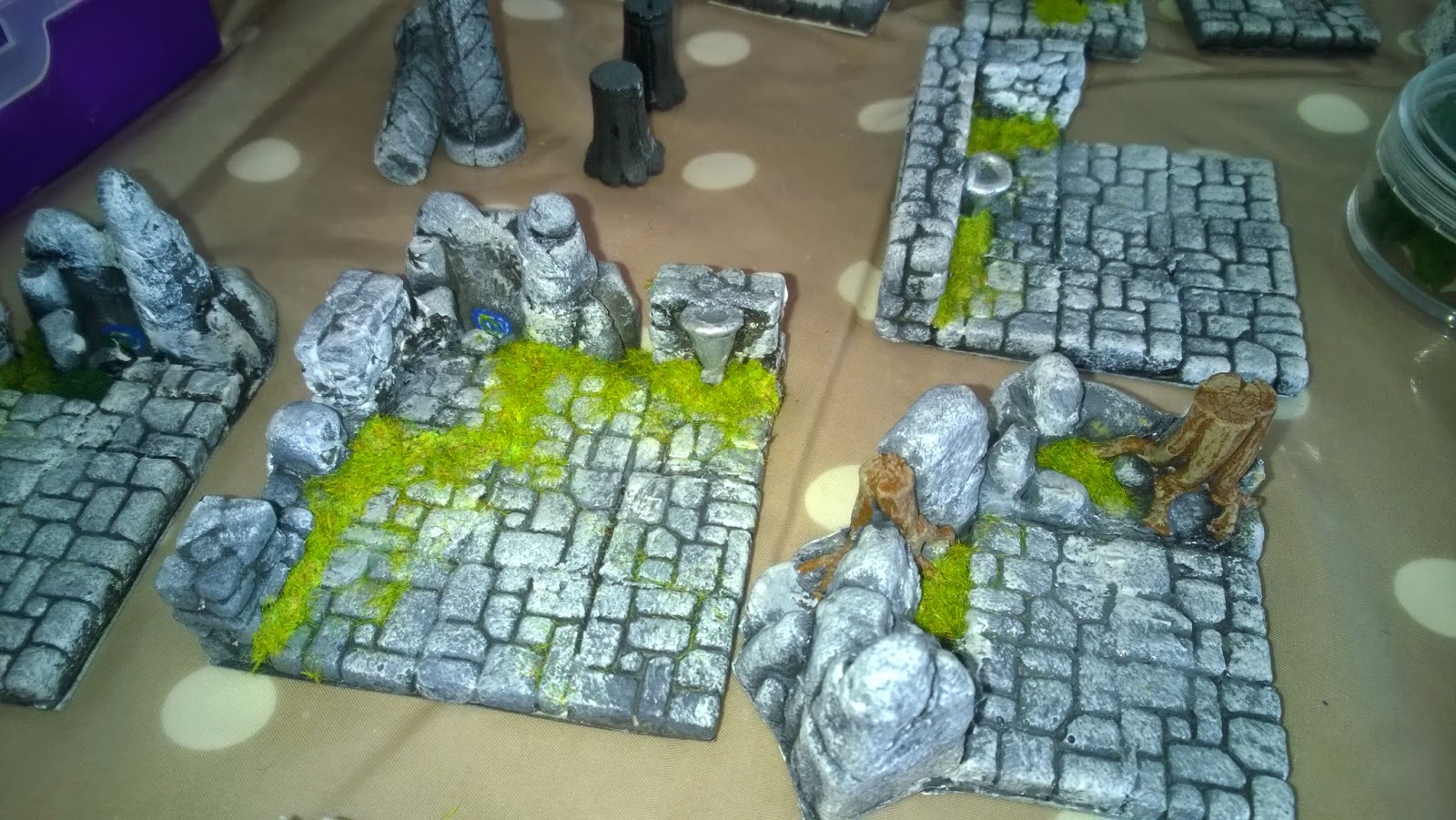 The tile in the top right corner has a silver sconce on the wall, I am in the process of adding flames to these made from milliput. I'll add some new pictures once they are done. 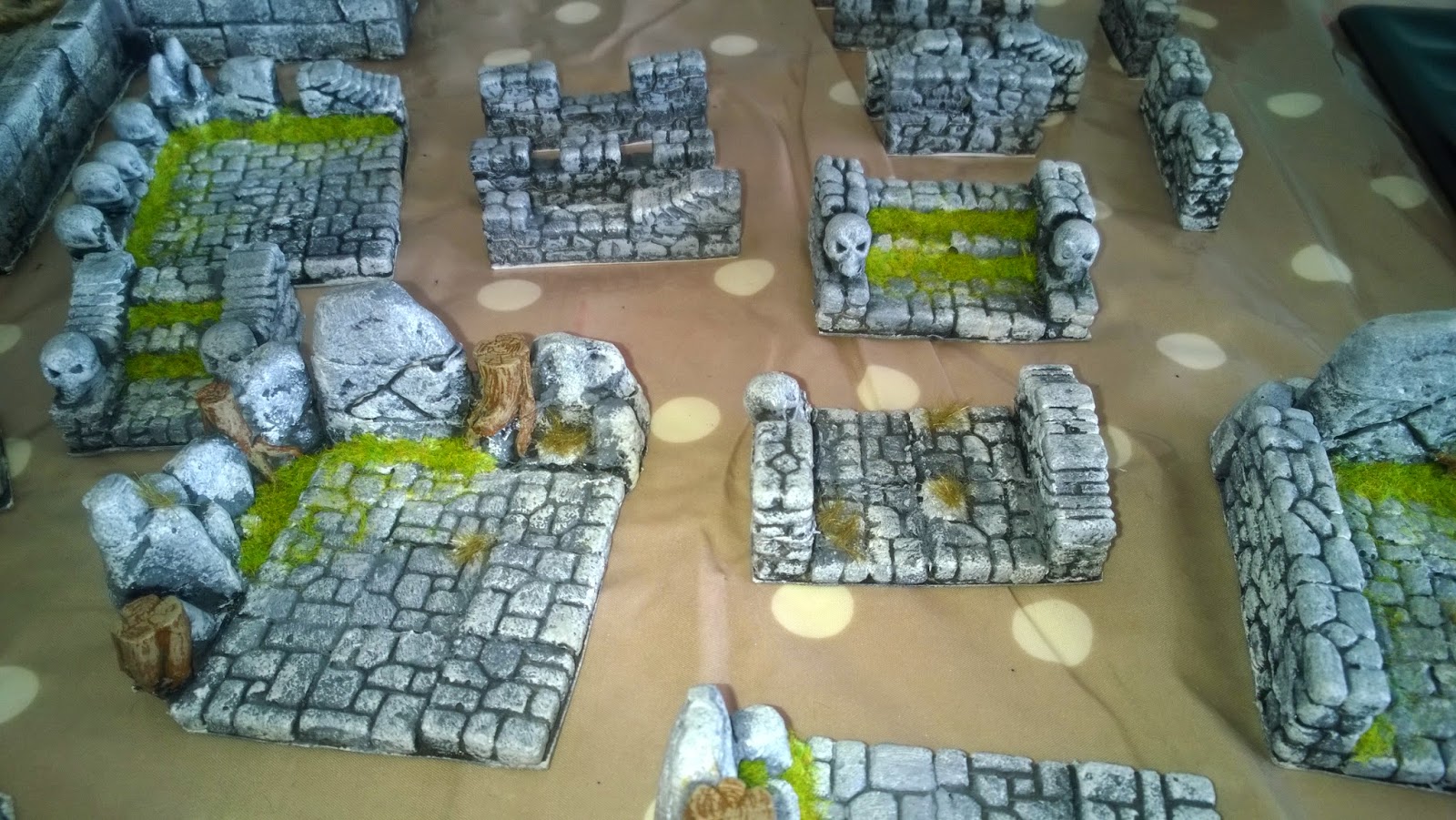 If you look closely you can see that I have built two stair cases both of which have giant skulls as end pieces.
Very cool I think and also very useful. 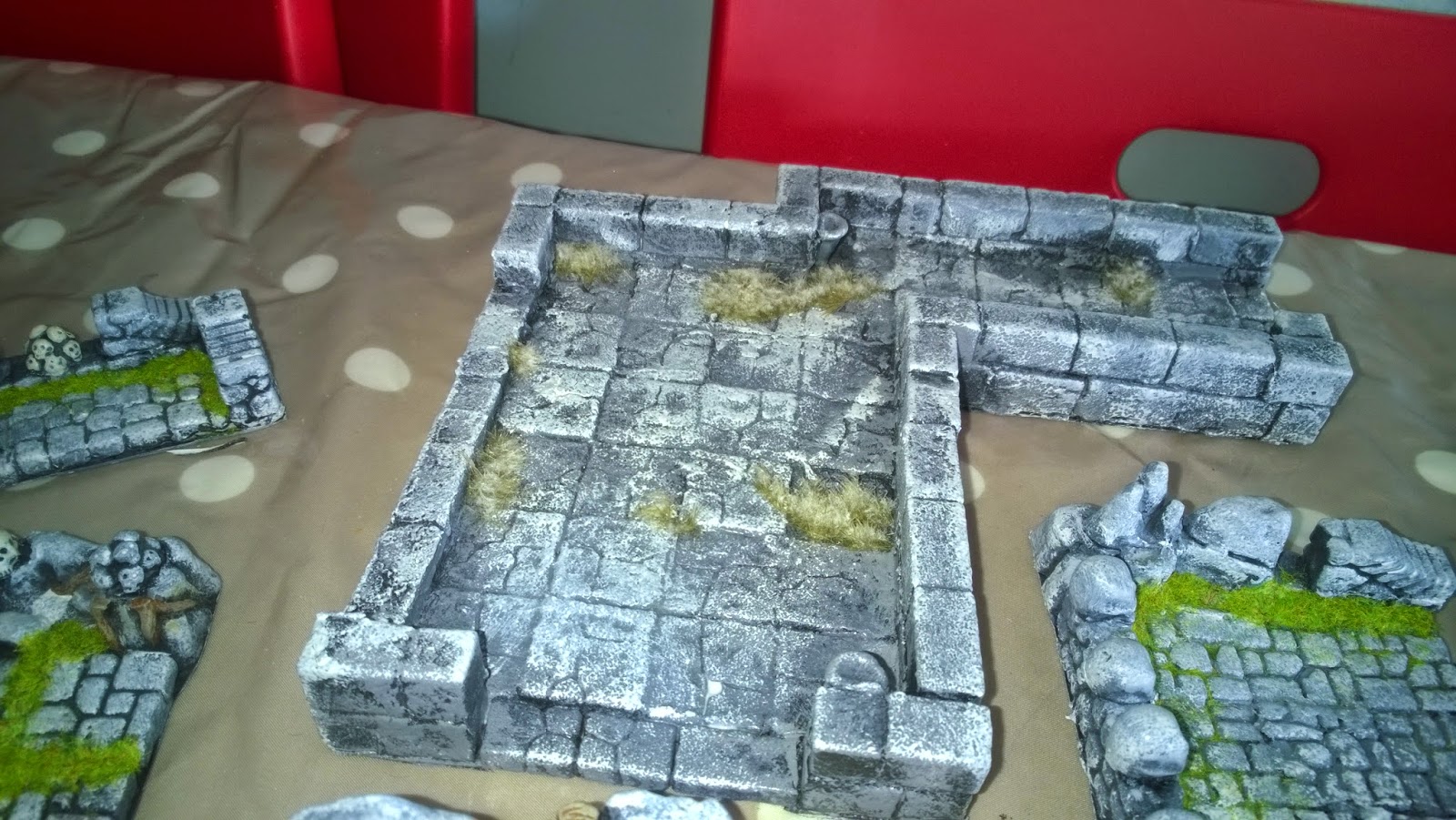 This large room was actually built by me in Feb 2014, but I have re-painted it and also added new flock and two sconces. I have also removed part of the wall on the left. 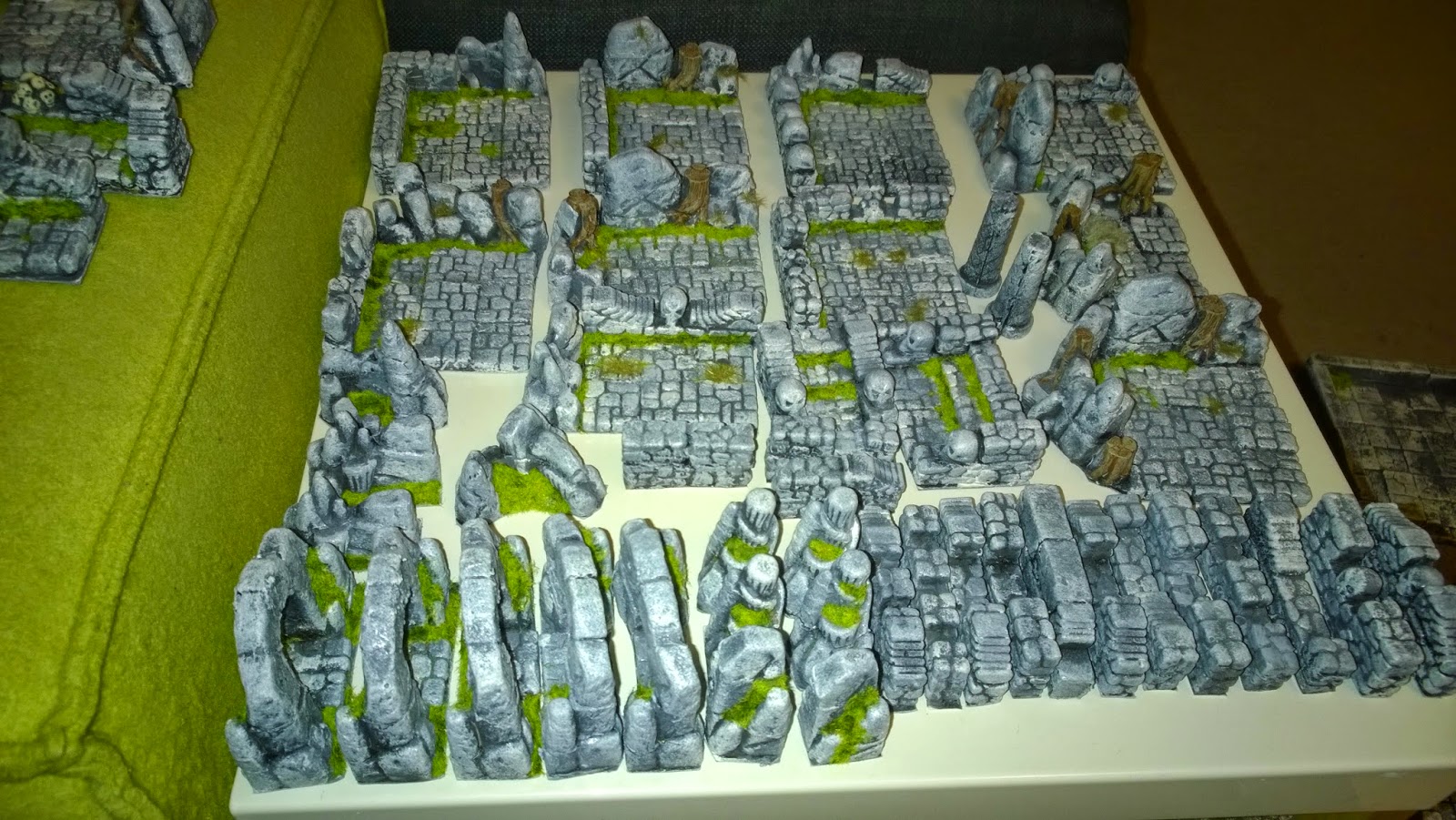 Shown above are some pictures of the new bits that I have built and painted. You can see various room pieces plus doors, walls, rocky outcroppings and stalagmites. 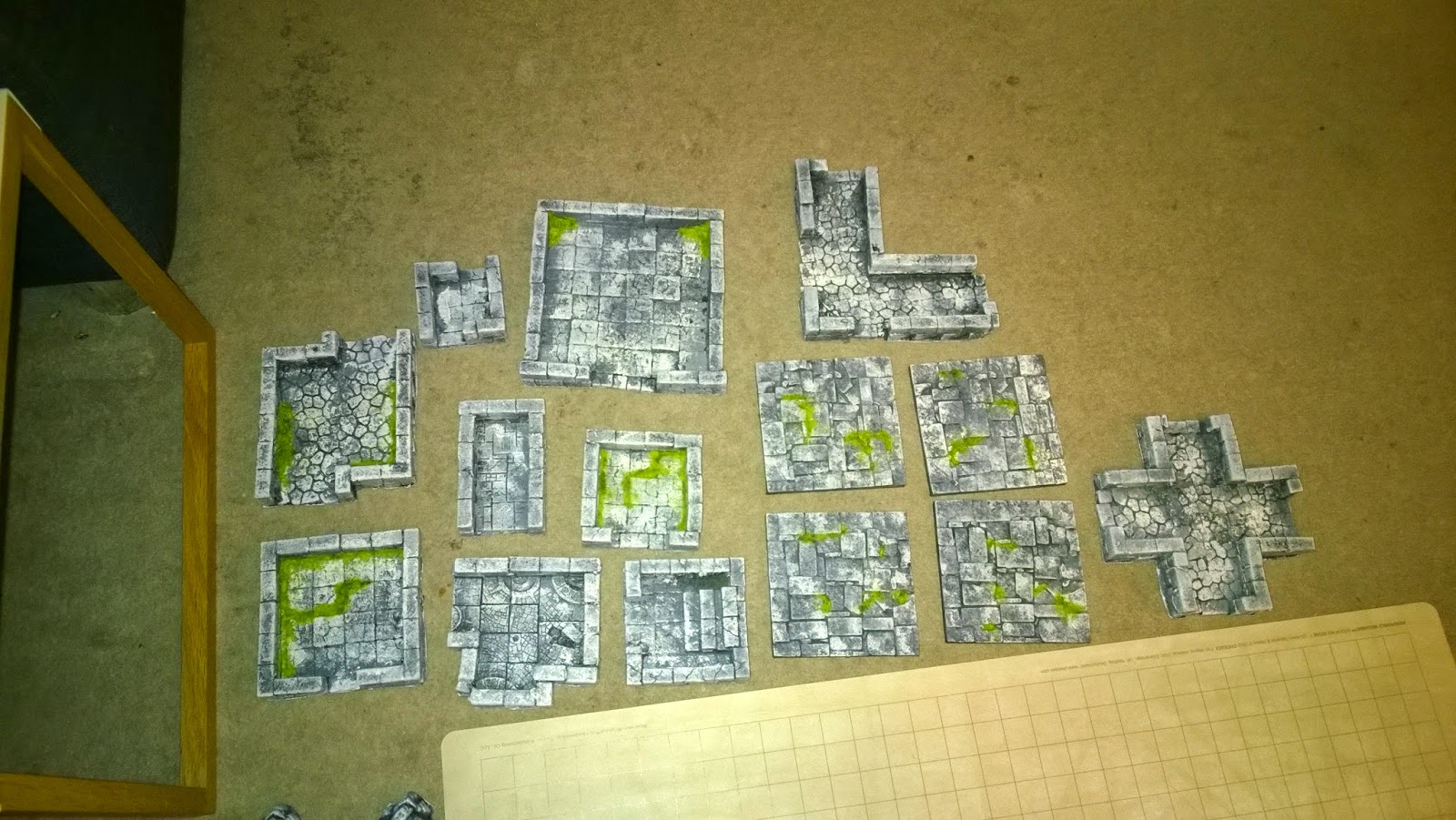 Final picture for today. These are the rooms and corridors that I built for the Arc of the Mad Mage dungeon, I have re-painted all of these and added some new detail.