If you have been reading this blog since I started it you will know that way back in Jan/Feb 2014 I started building a 3D dungeon using a tile kit that I bought from eBay.

Well I am doing it all again, but this time I am going to make it more modular so that I can combine it with other similar pre-made tiles.

Here are some pictures of the kits that I have bought, it's going to be a lot of work but I am excited to start. 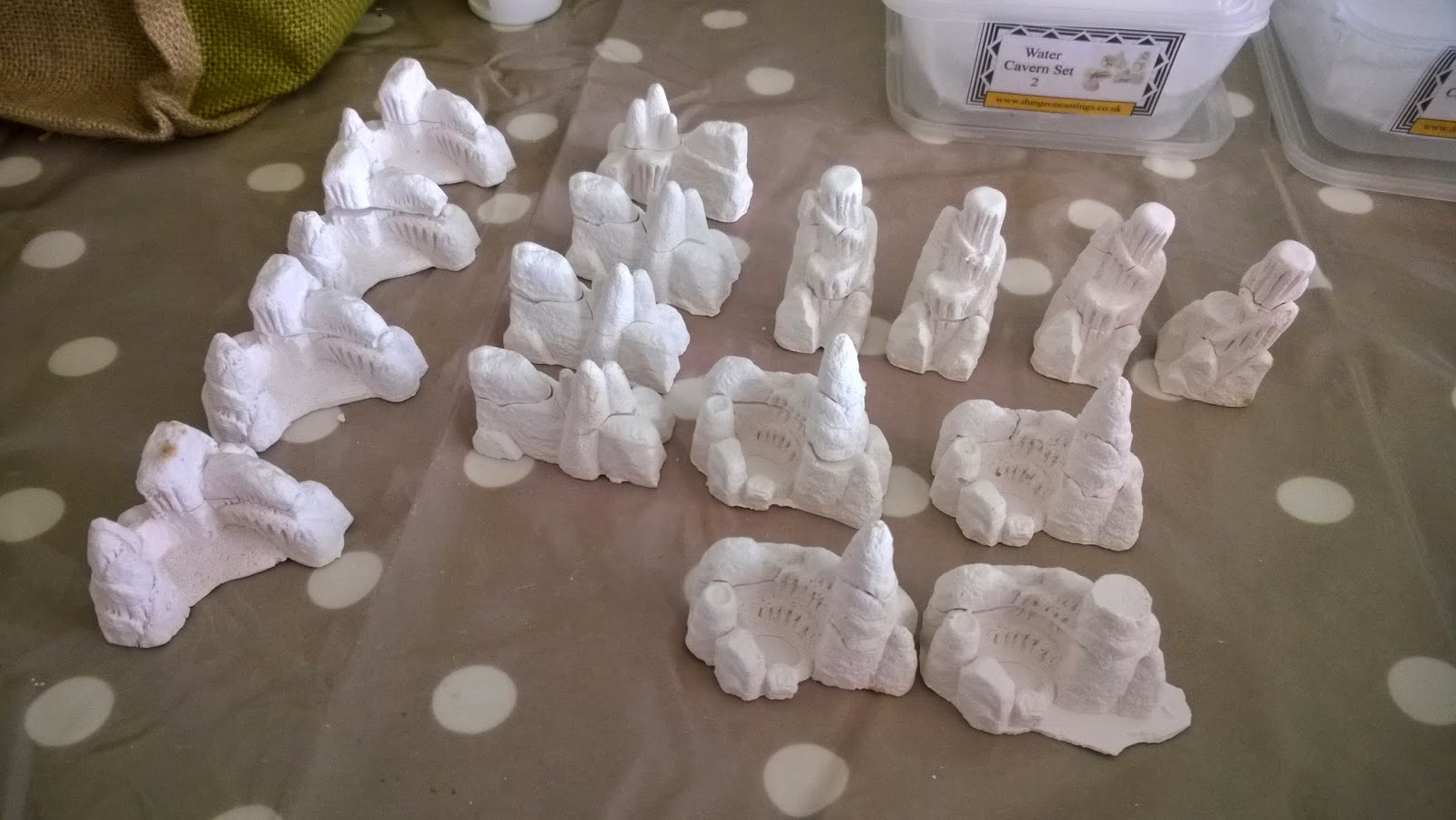 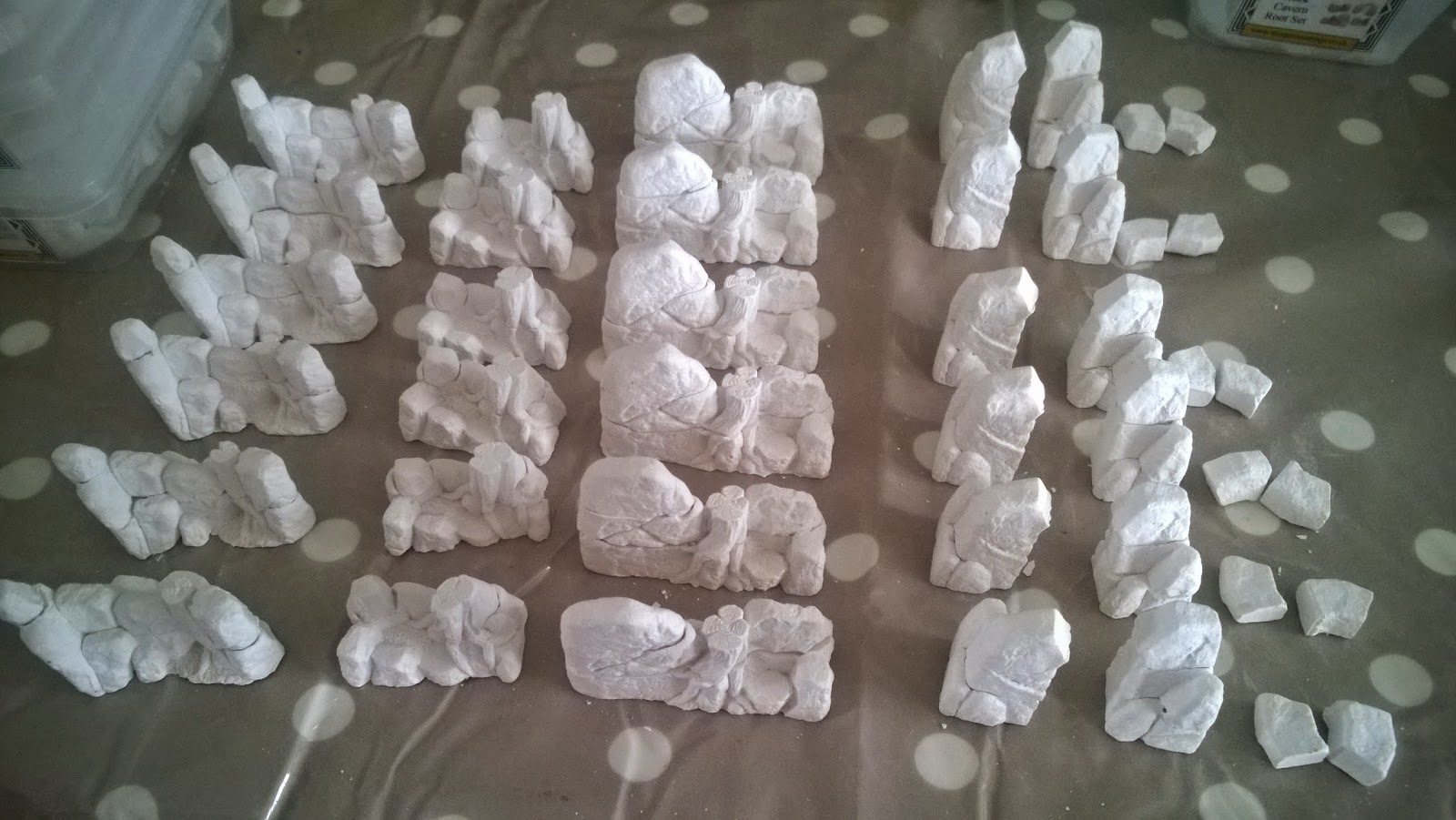 More cave walls
All of this will need to be built, based and painted. 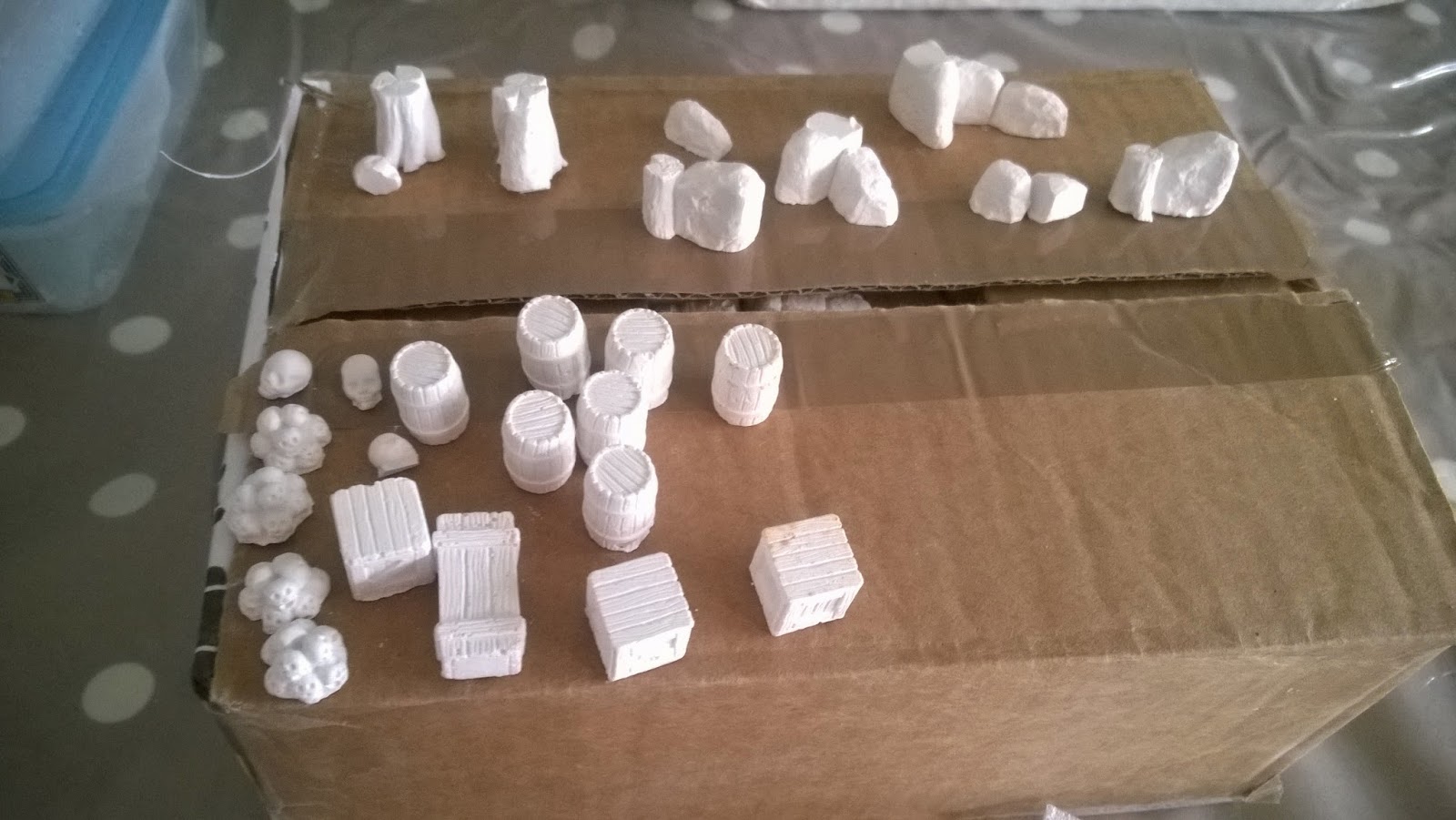 Spare bits and some extra crates, barrels and skulls that the eBay seller chucked in for good measure.
Thank you! 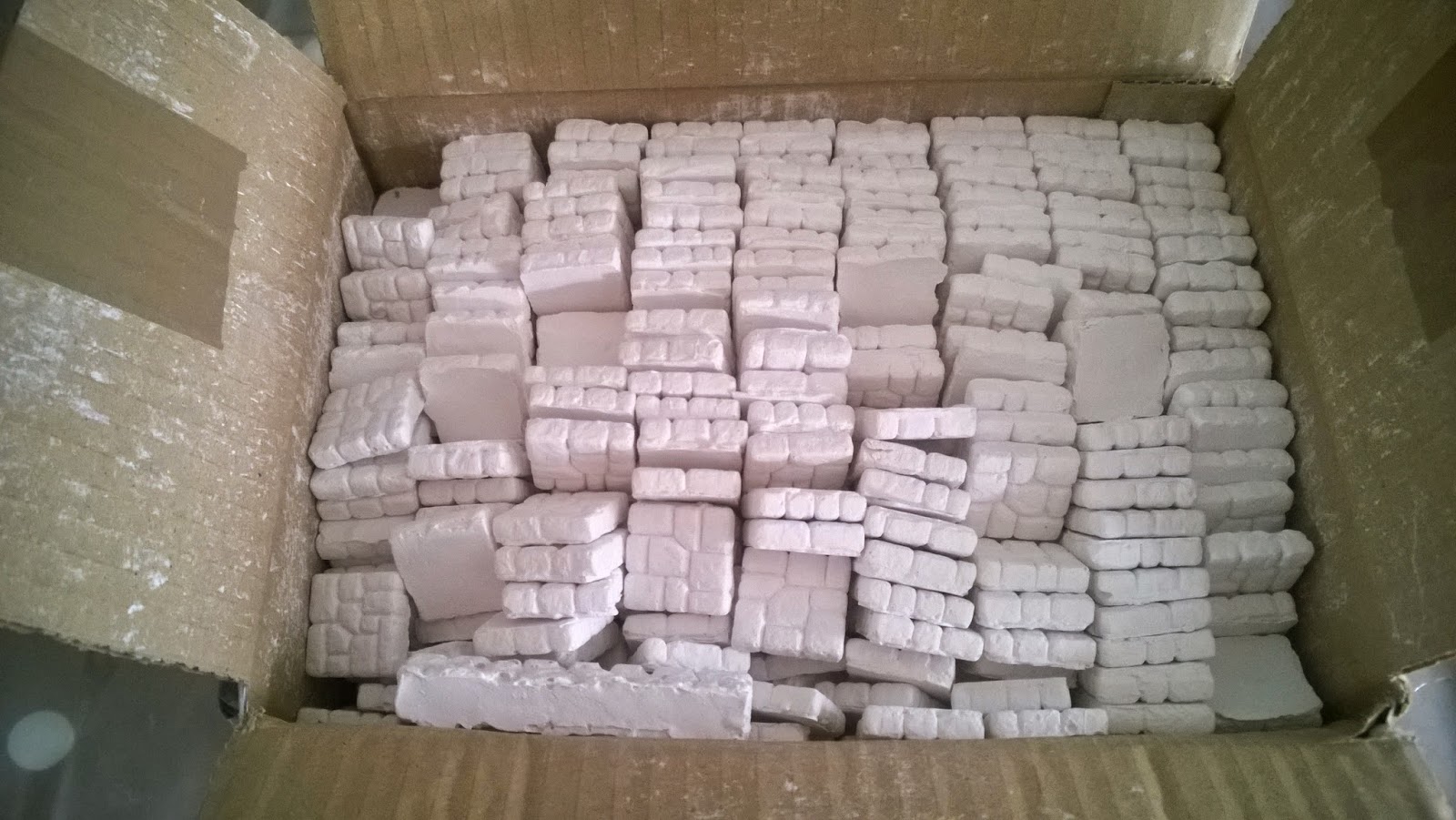 Finally, the huge box of tiles and walls.
This is about 7 layers deep.

Hoard of the Dragon Queen - Photos from Saturday

So it has begun!
Tiamat and her evil brood have started their plans, who will stop them?

Well by the looks of these photos the fate of Faerun rests in the unlikely hands of two Half-Orc brothers, a Elven musician, a human in his pj's and a rather large half naked savage human warrior. 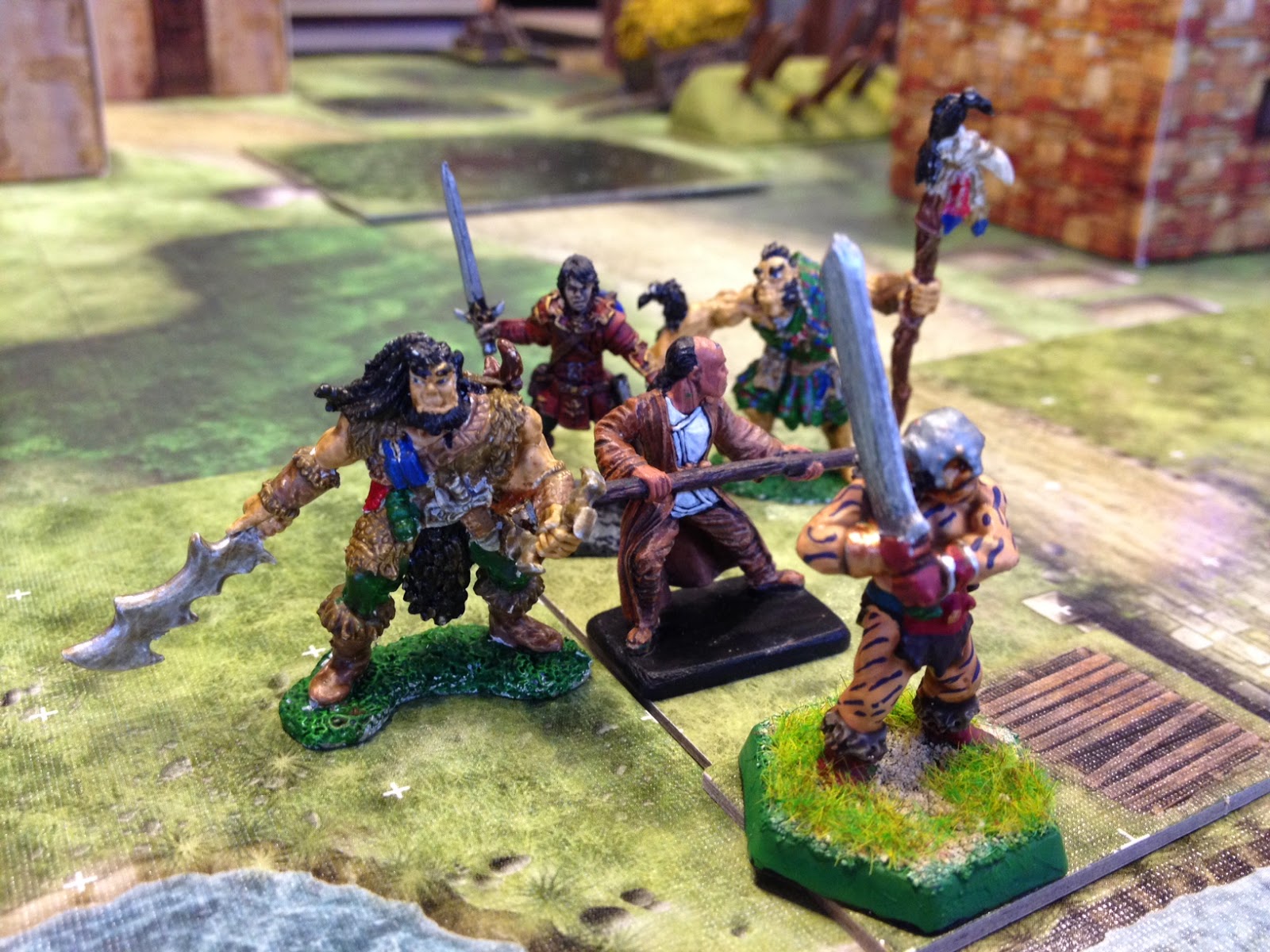 The party have safely navigated the tunnel from the keep and are now in Greenest looking for a cultist prisoner to return to Governor Nighthill for questioning. 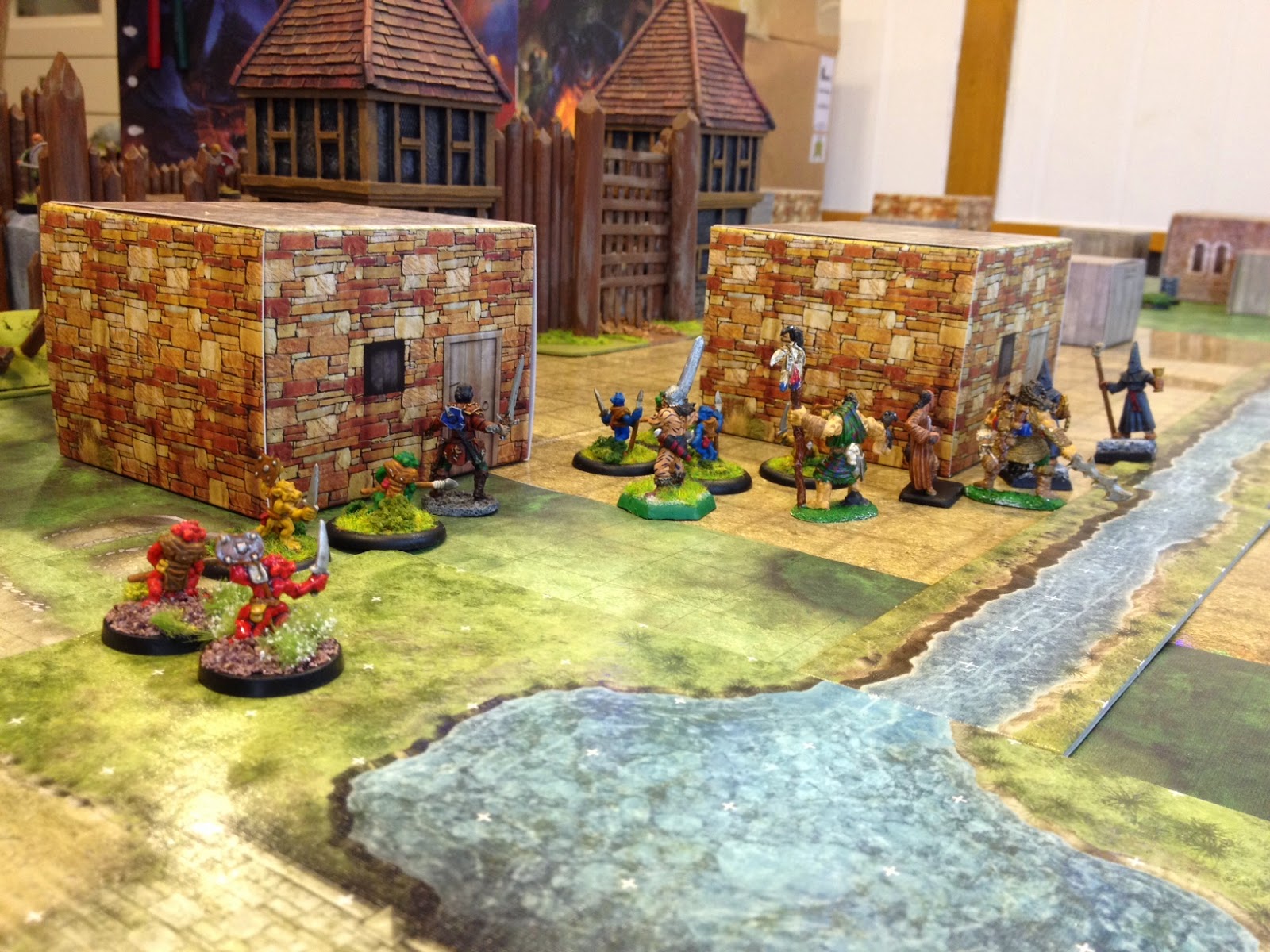 Ambush..!
Kobolds and cultists appear to have the upper hand. 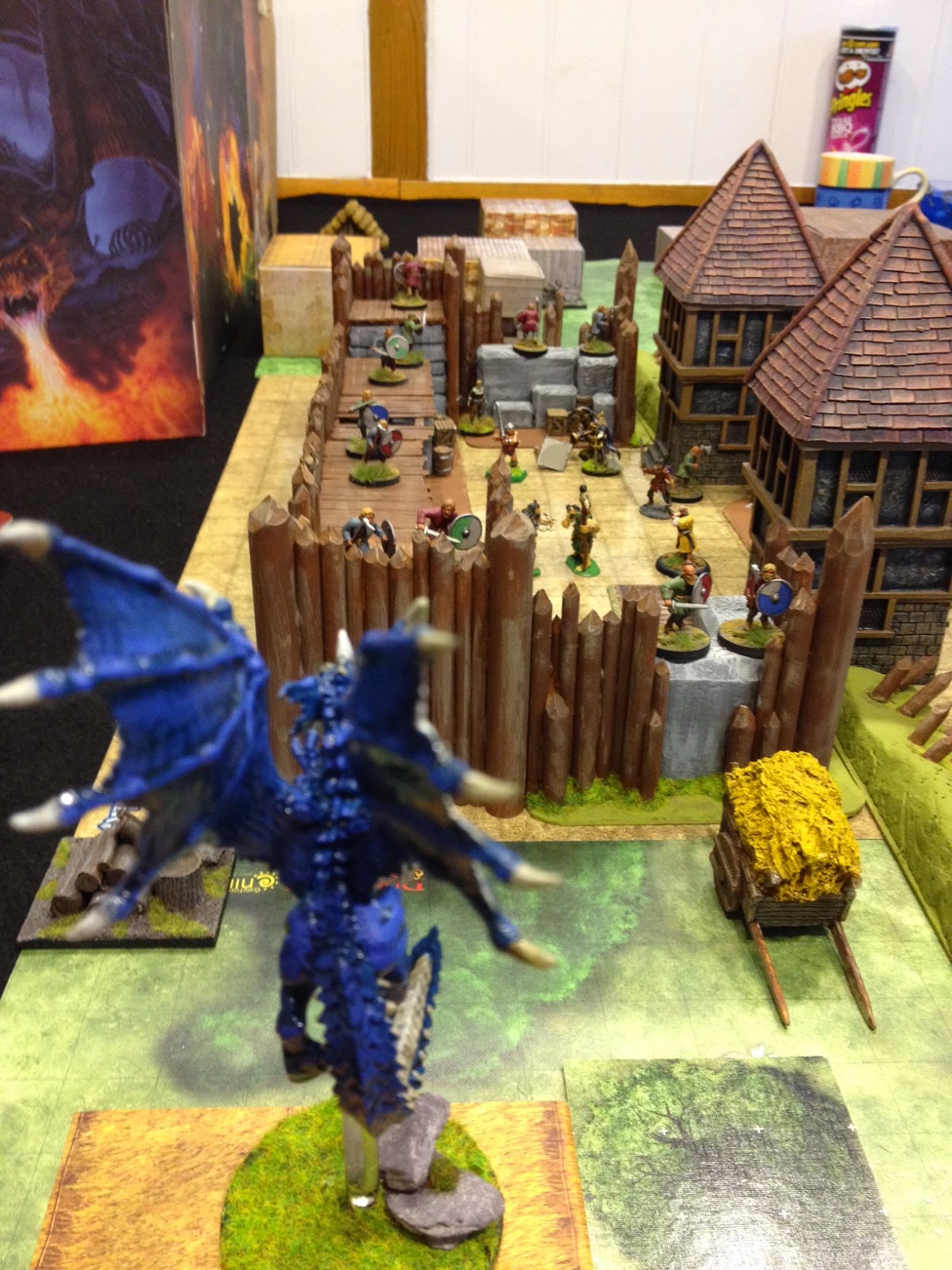 Attack on the keep by a Adult Blue Dragon.
See the villagers run for cover! 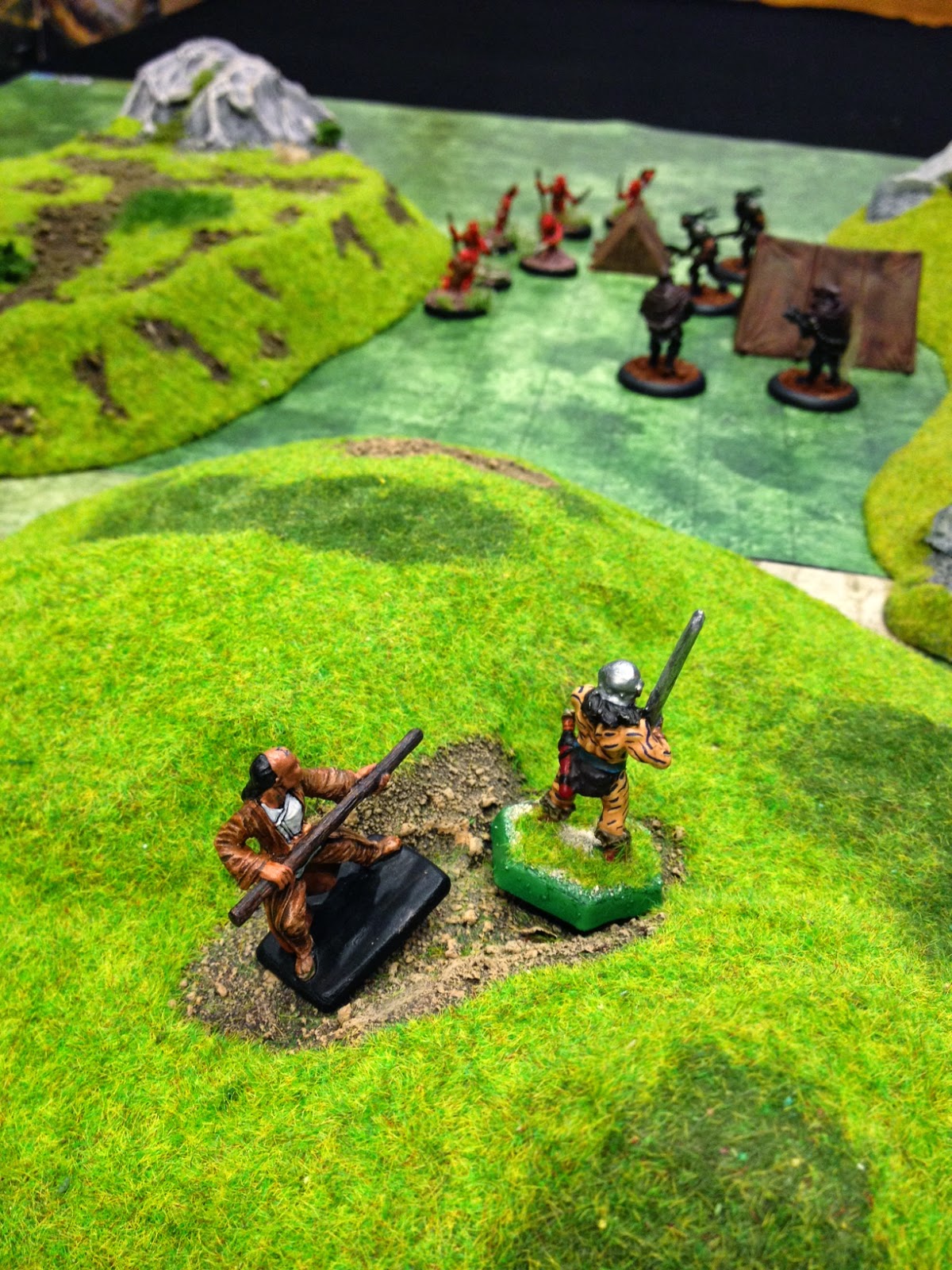 The day after the raid and the party are tracking the cultists. 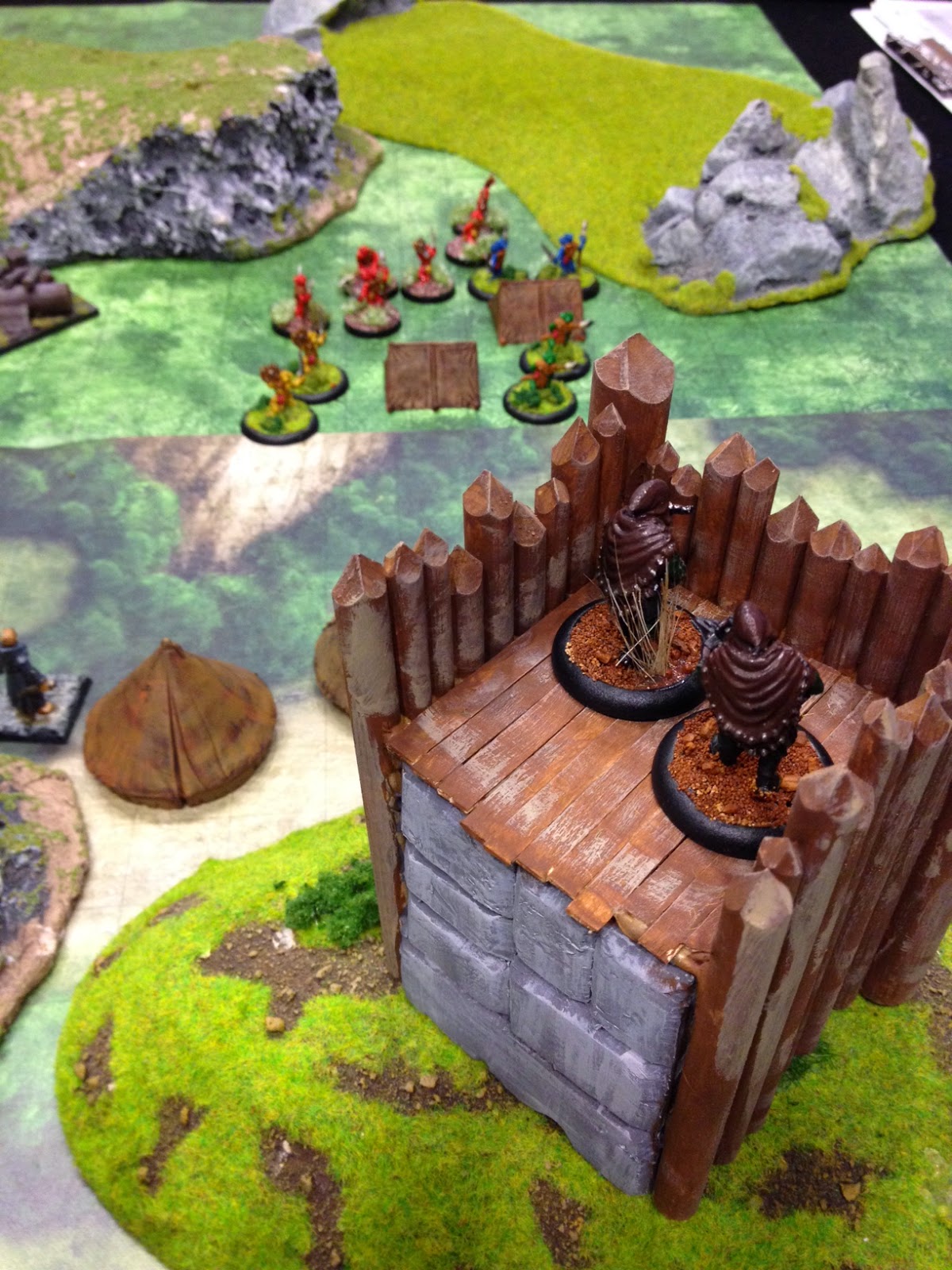 A view from the guard tower at the cultists camp. 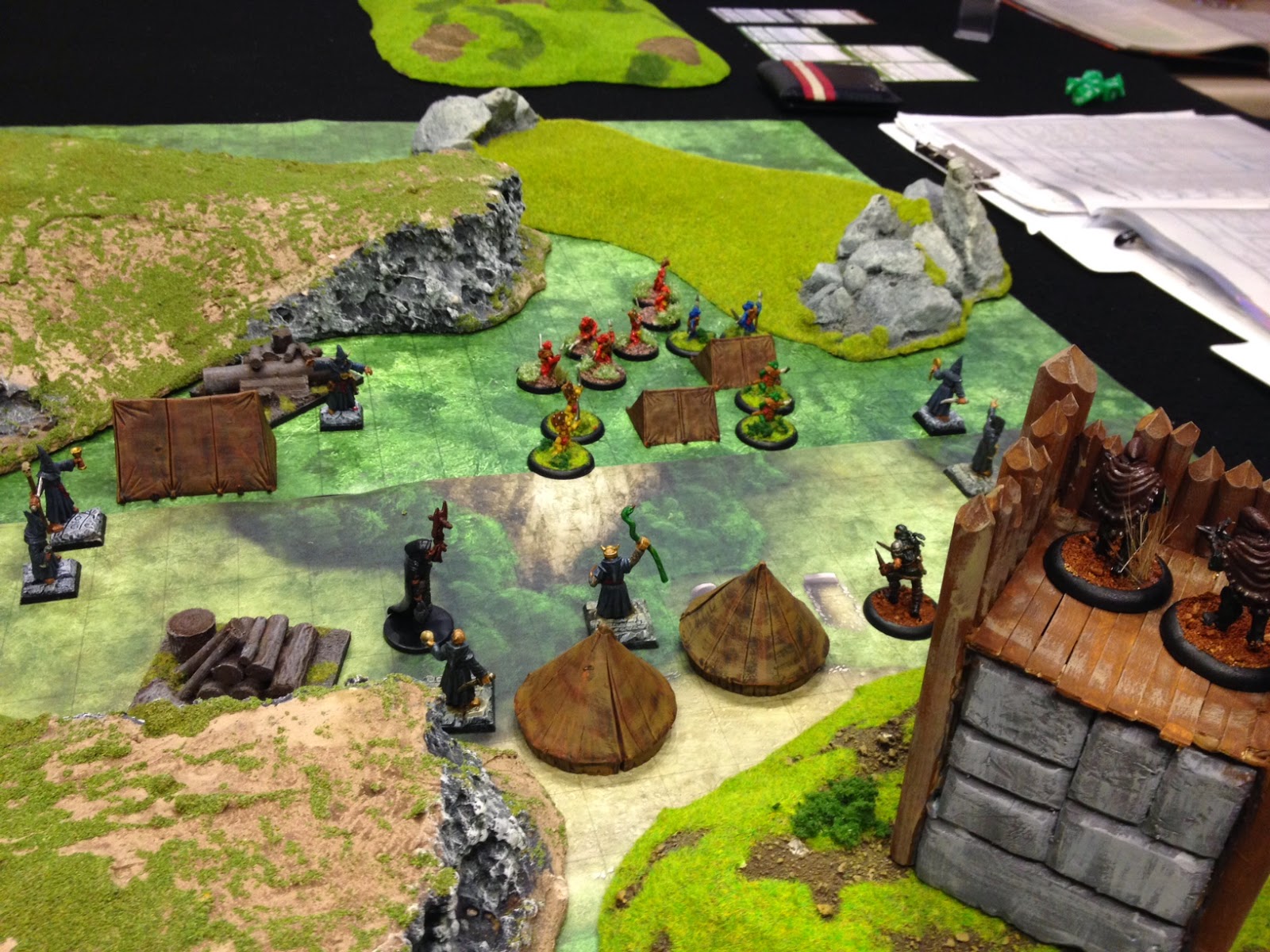 Cult of the Dragon camp. 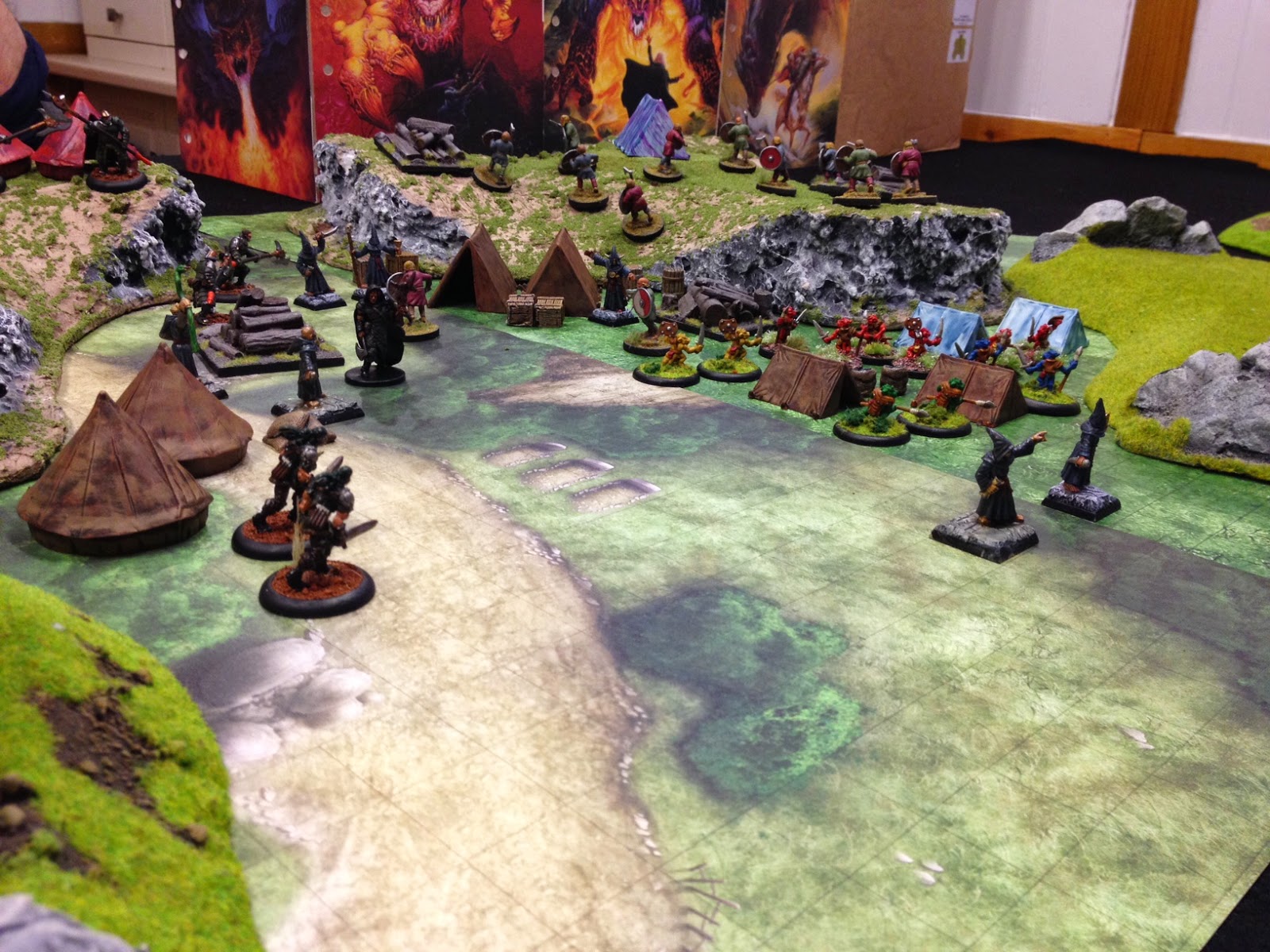 Cult of the Dragon camp.

Hoard of the Dragon Queen - The Village of Greenest part 2 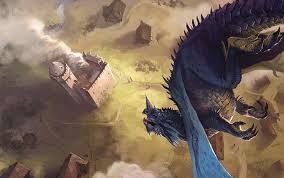 About 3 month ago when myself and my gaming chums decided to make the leap to D&D 5th edition I naturally thought that I'd be running our first dungeon as DM. But my friend Phil stepped up to the plate and offered to DM the Lost Mines of Phandelver and allow me to play, which hasn't happened for quite a few years.

I had a great time playing in the dungeon and it was nice to be on the other side of the DM screen, despite my awful dice rolling.

However in this time I had the sense to buy the first official D&D 5th edition campaign, read it and also prep all of the required terrain, buildings and models that I would need to run this beauty.

I've read a few online posts regarding this campaign and there has been a mixed view as to how good this first campaign plays, most of which are more negative because of the open way that the campaign is described and to be fair I agree that WoTC have left huge amounts of the campaign for the DM to decide who/what/where happens next. But I also feel that this allows a DM to add a personal touch to the campaign and make it fit in better with his/her own DM style and also how their players play.

Any way enough of the chat.

Shown below are some pictures of the village of Greenest that I built and painted for Episode 1 of the Hoard of the Dragon Queen. 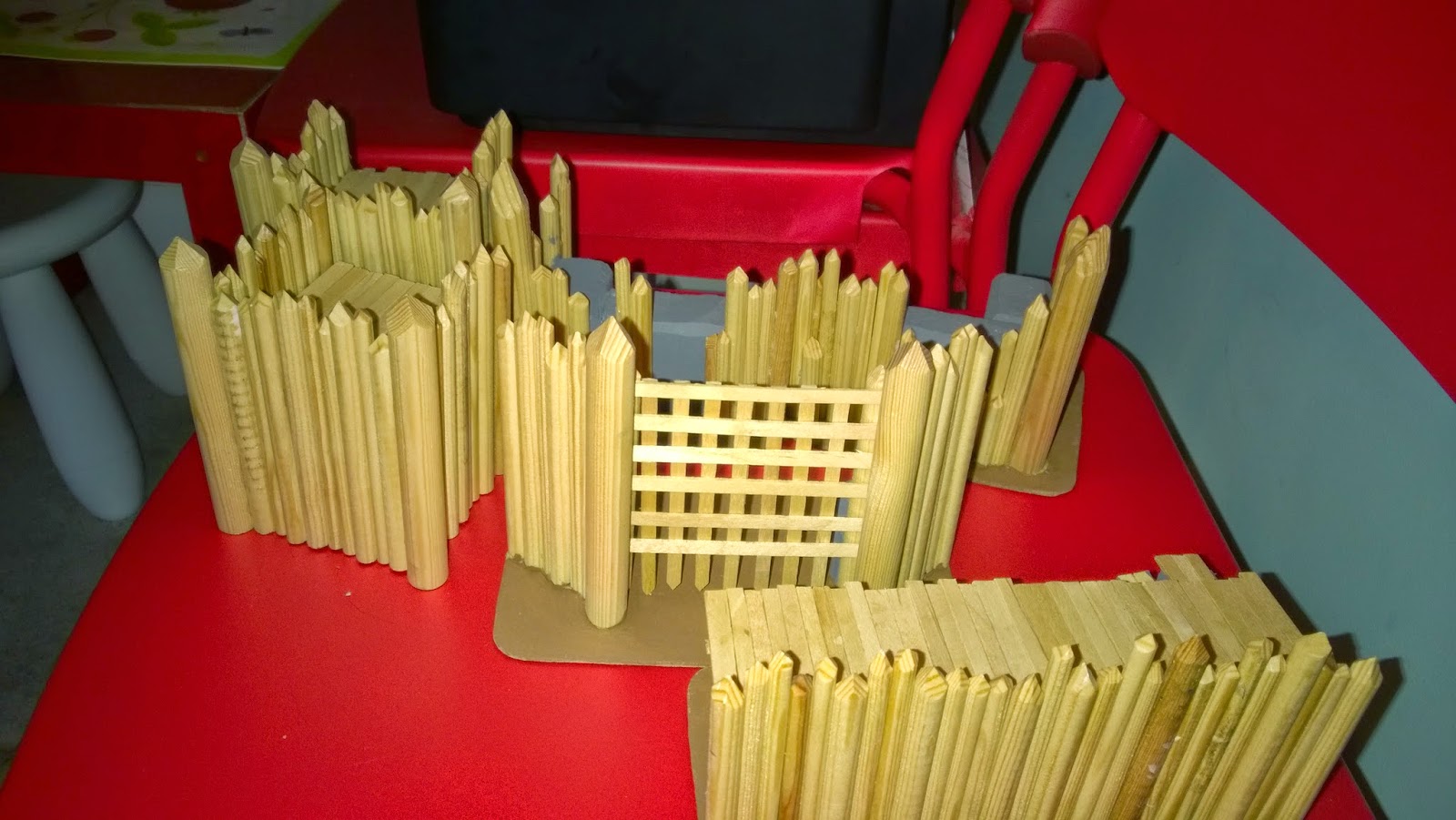 Unpainted and part built fort from the village of Greenest. 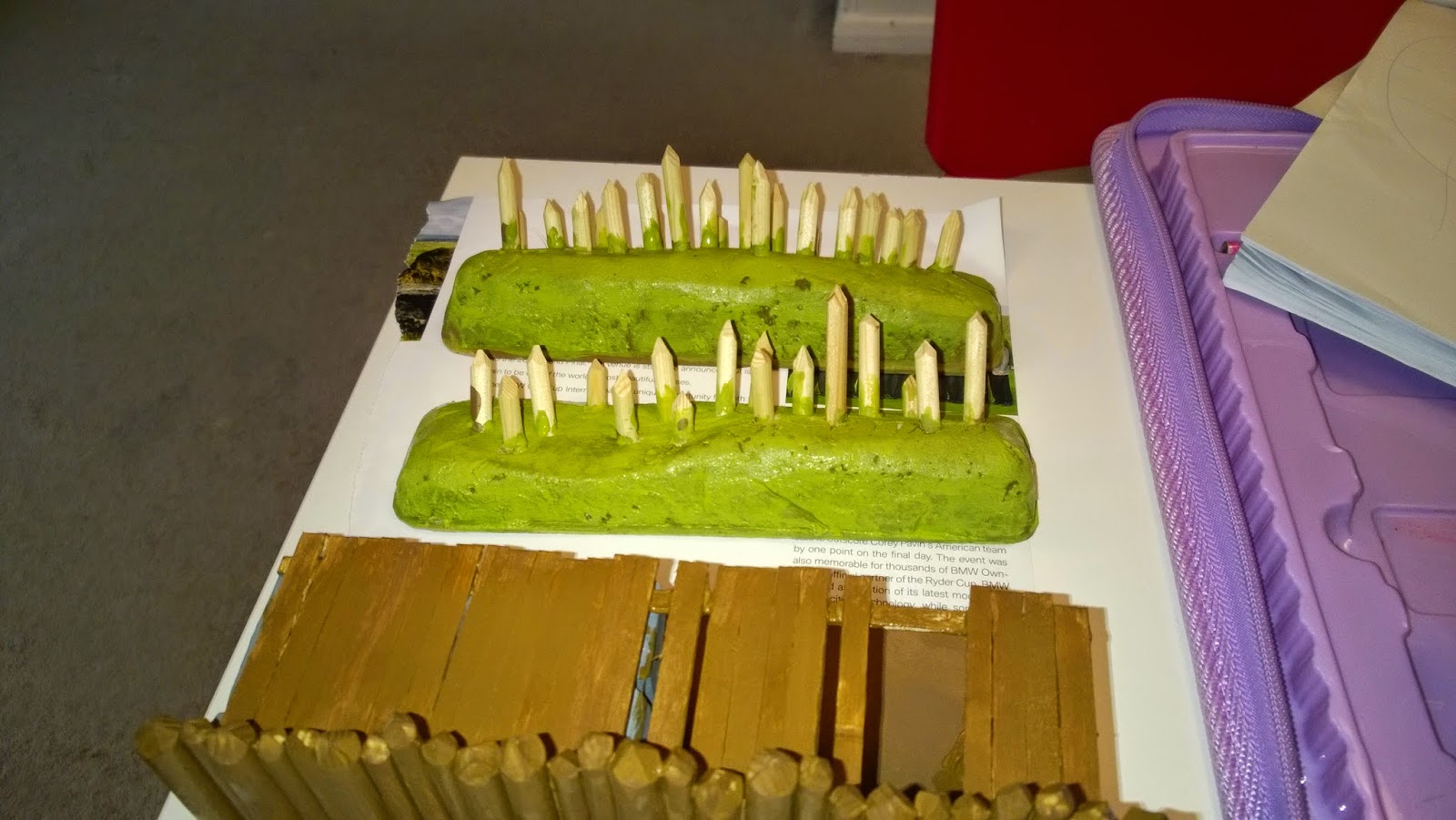 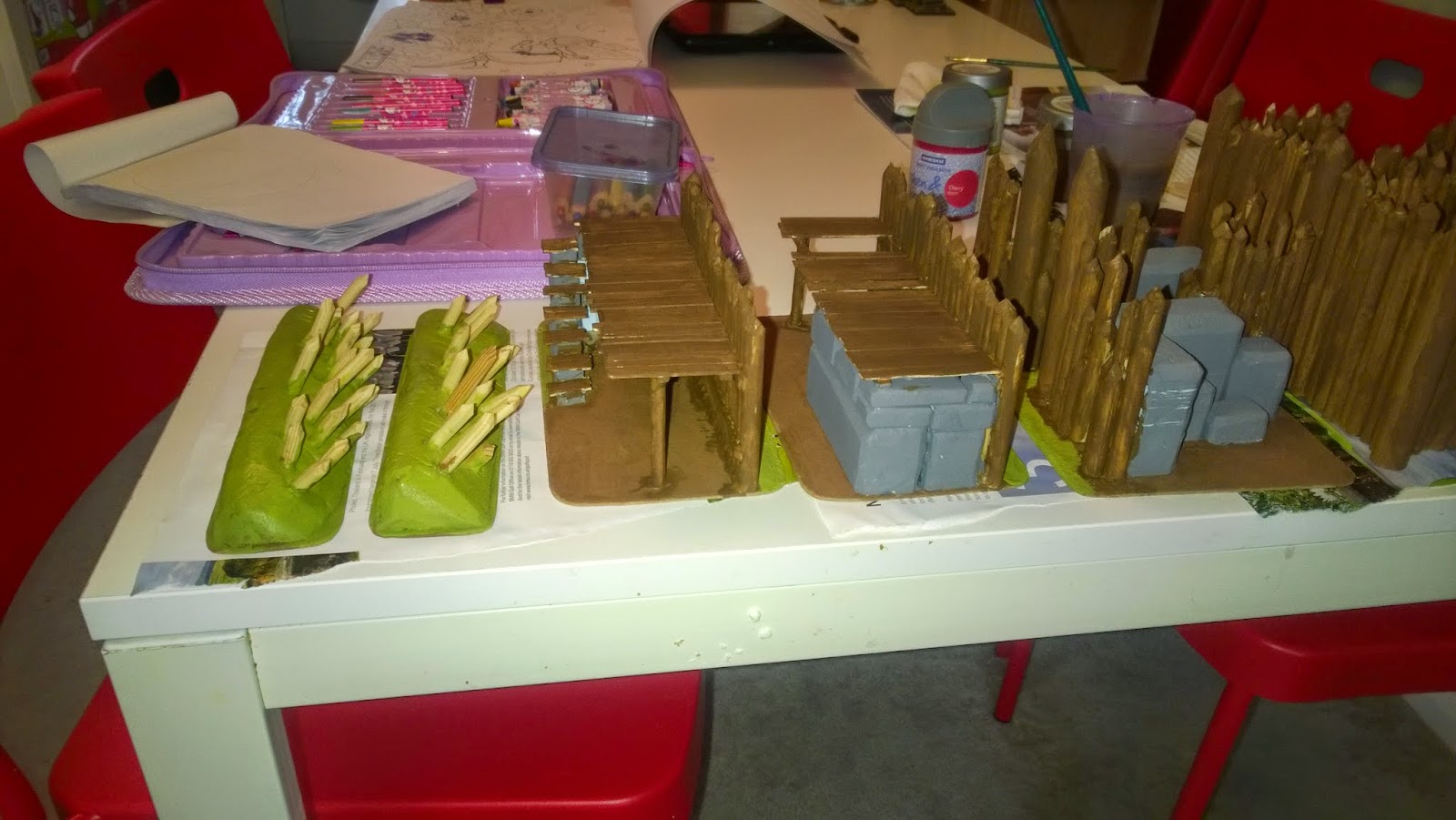 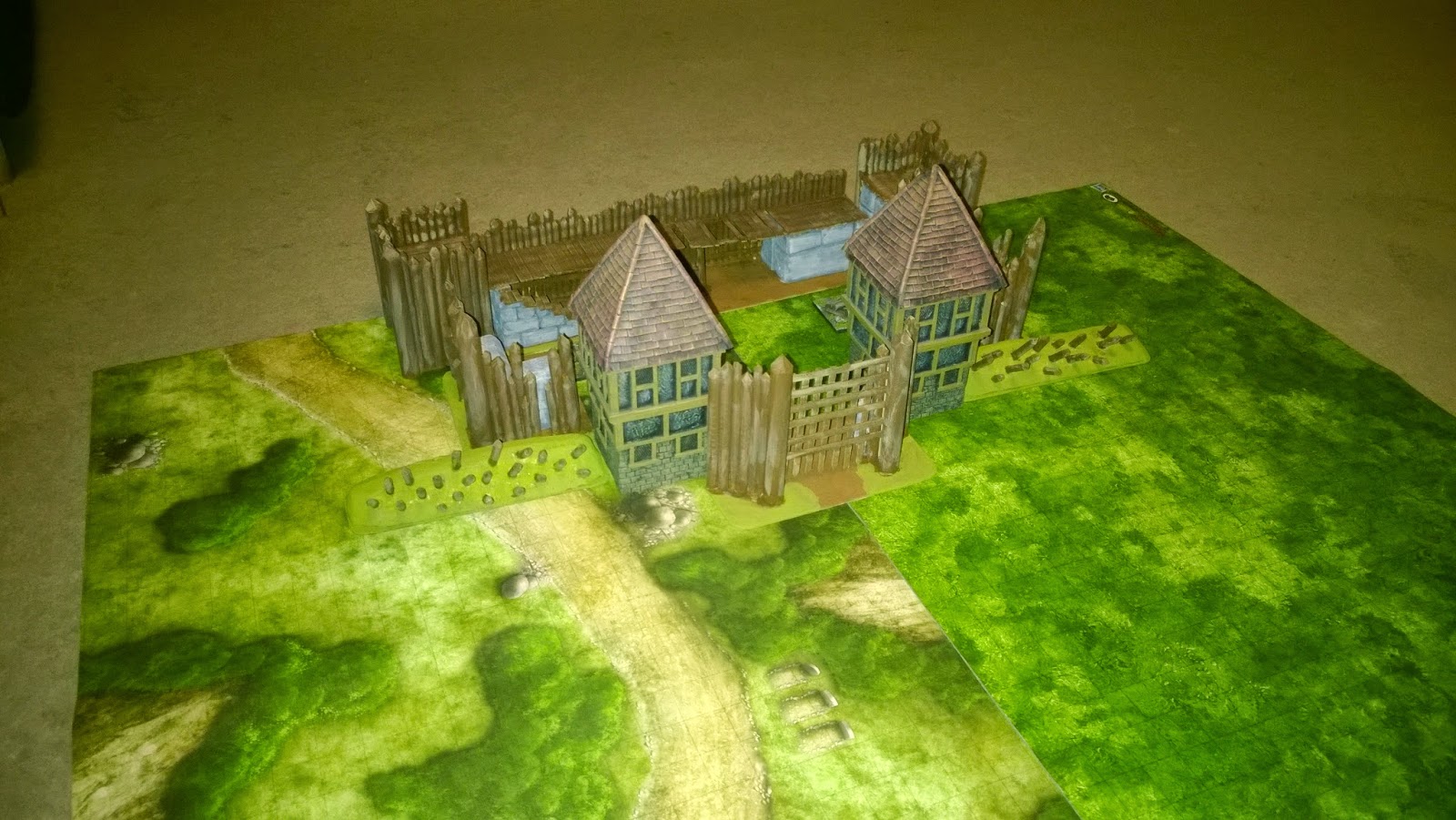 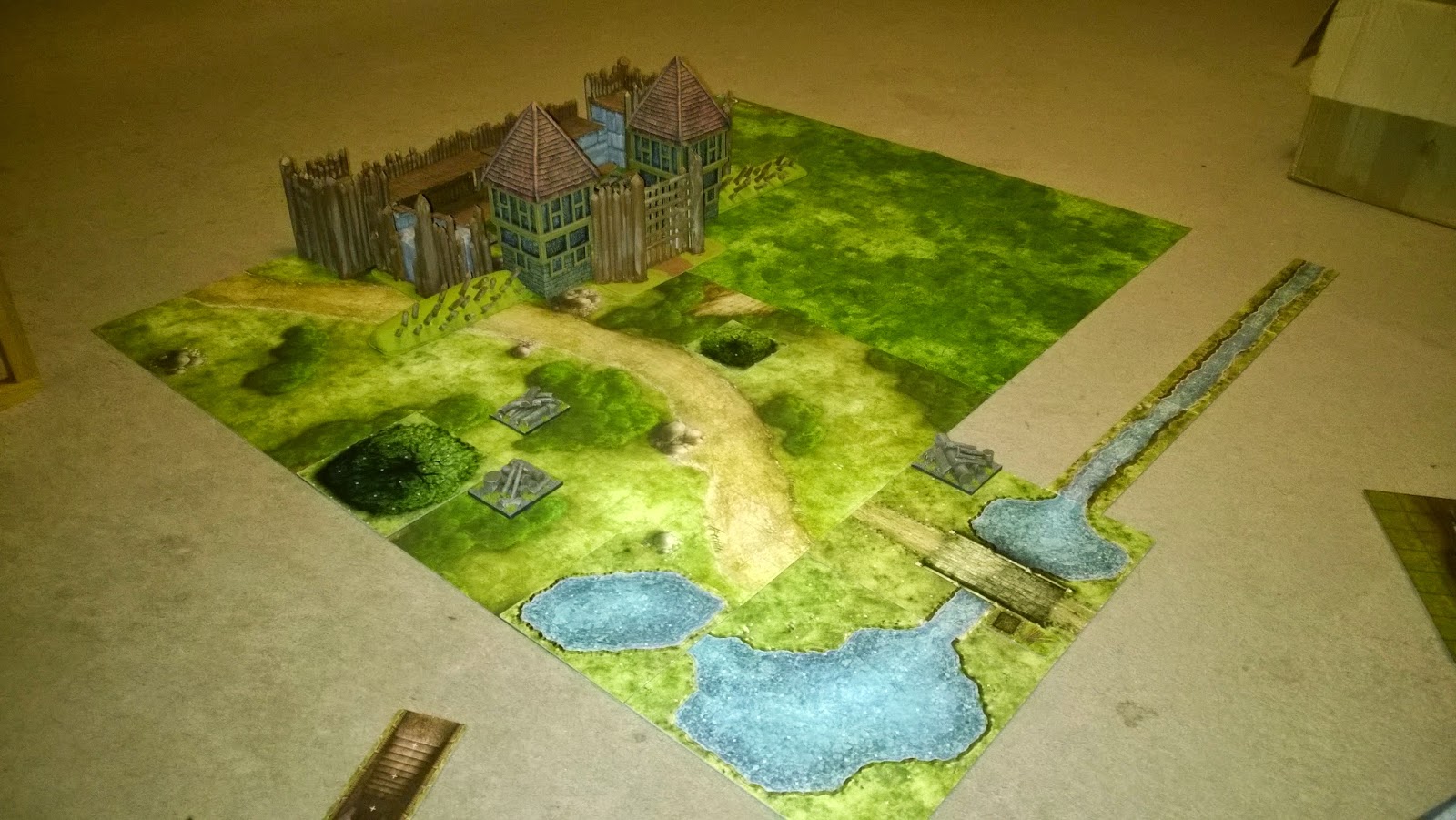 Overhead view of the village, no houses added yet but you can see the fort, river and bridge.