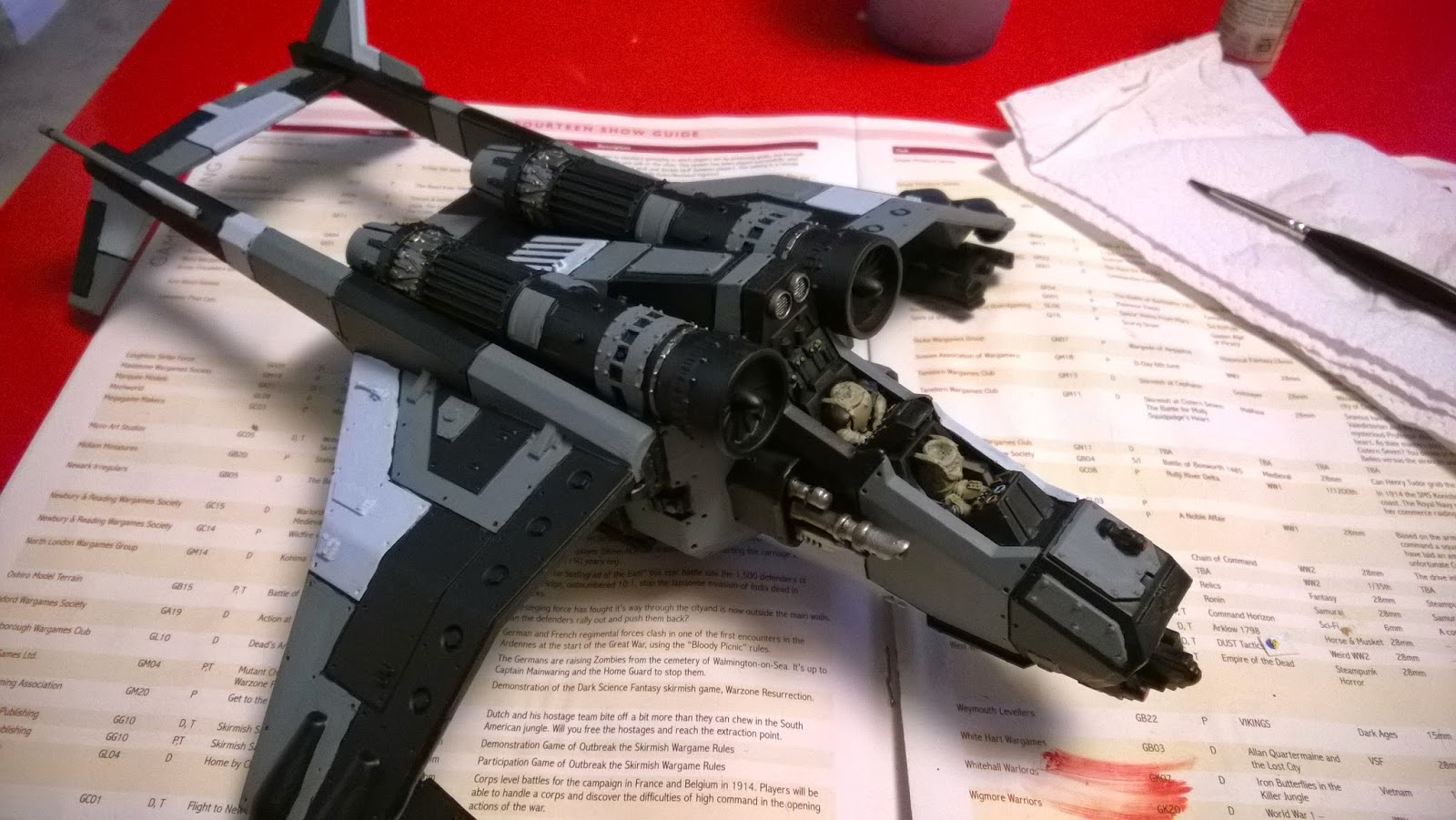 Fighter Jet from GW, I bought this from eBay and it was painting green. After a quick respray in black I then added the lighter and darker grey colours. I still need to finish the pilot and crew figures. 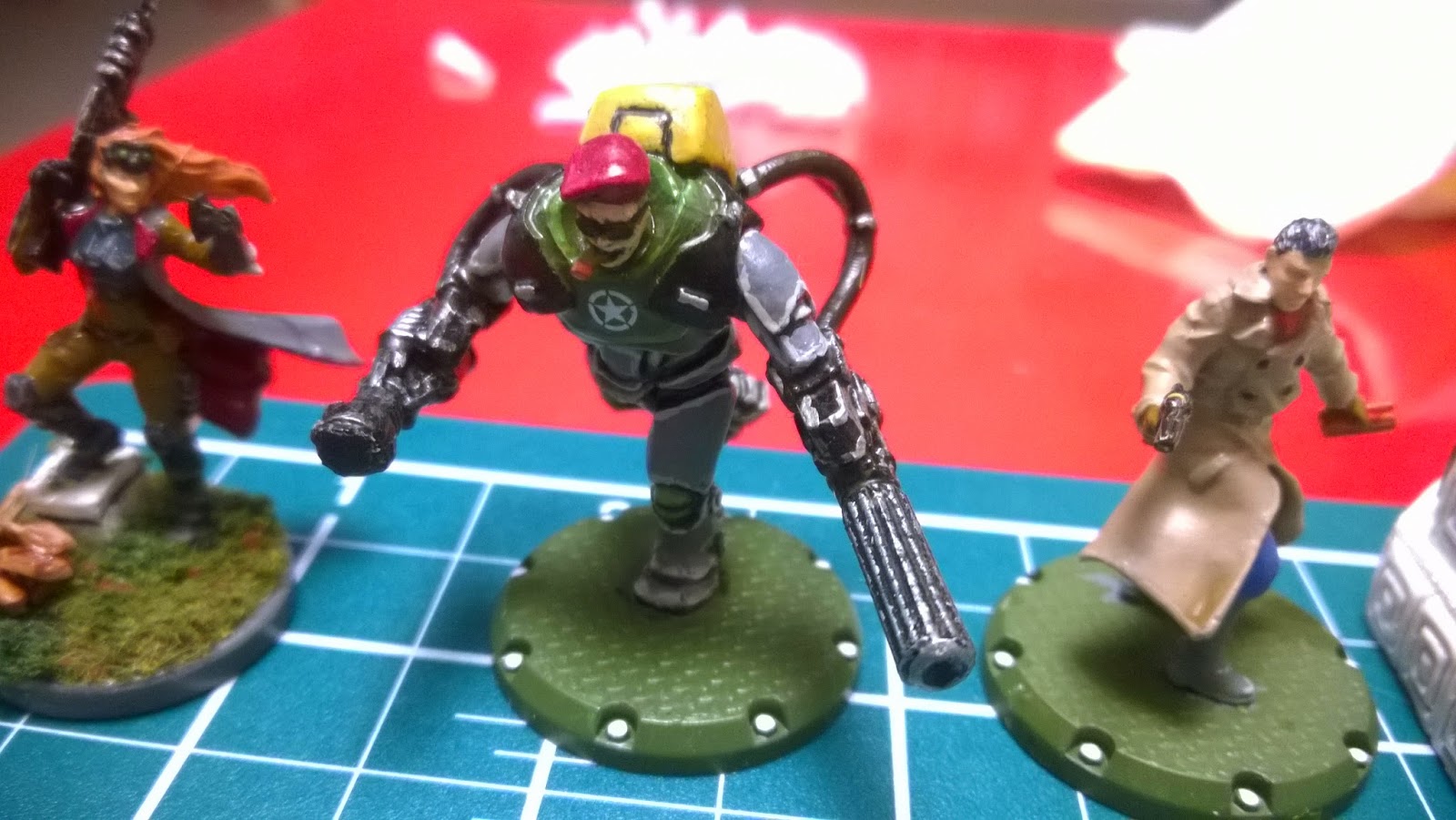 These are the models that I have painted that are going to be used as the party members, I need to paint one more now but if the guys who are playing have their own models then these can be used as NPC's. I just like to paint. 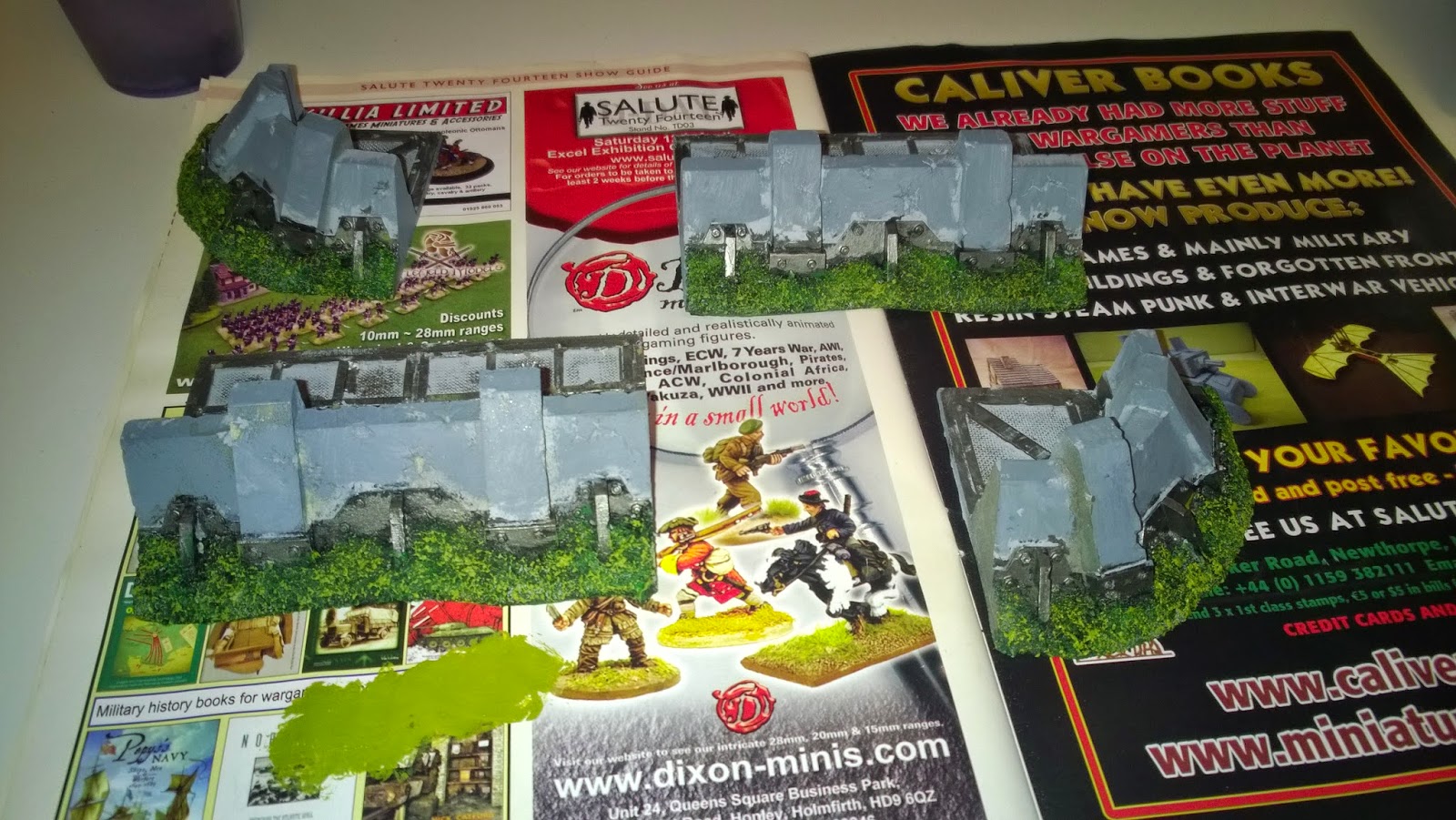 Concrete and steel barricades, these are to be used as part of the scenery in the 30mm town that I have built for the scenario. The town picture is the last one on this post....see below.. 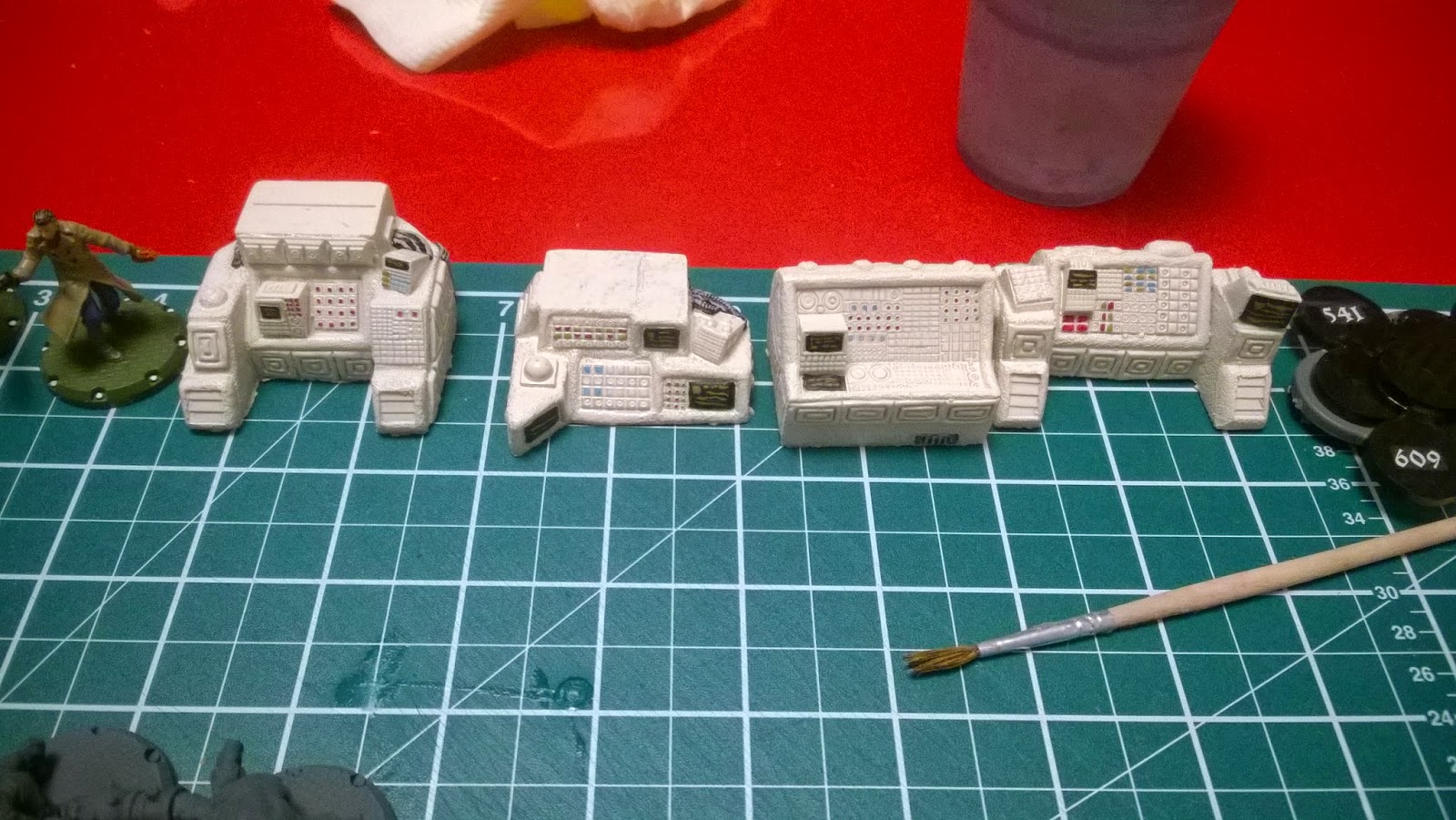 Computer terminals, once again bought from eBay. Nice and easy to paint and I have added the black displays. As we all know in the dark future of Rifts all computer terminals run on DOS. 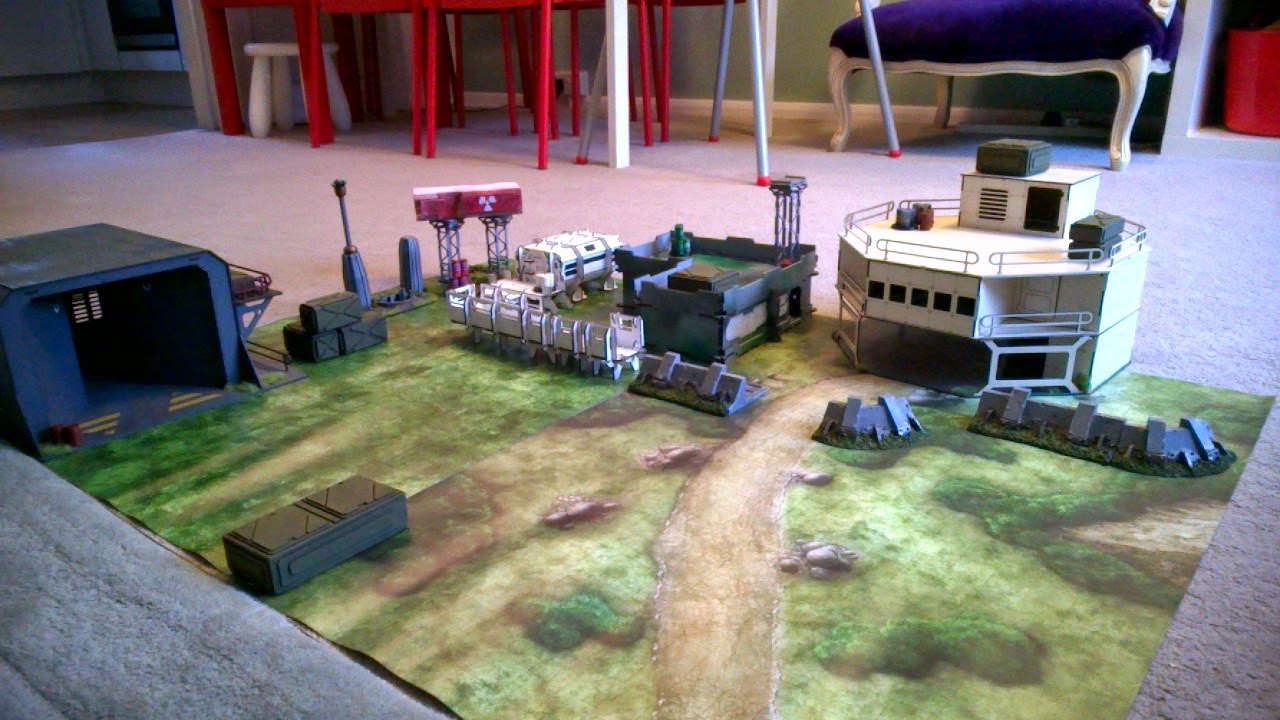 Old Perfection.
This is the town where the Rifts mercenaries will start their adventure.
at August 26, 2014 No comments:

A change of pace, rules and time.

This blog hasn't been updated for a couple of months, this isn't due to a lack of interest or enthusiasm but I have been rushed off my feet with a new/old gaming adventure.

I approached the group who I DM for about maybe playing a new/old RPG instead of D&D for a change of pace for both them and myself.  So I asked them if they would be interested in playing Rifts, yes that's correct Palladium Games classic sci-fi, dark future RPG and the resounding consensus from the group was YES..!!

Now Rifts is a game that I have played on a couple of occasions and that was about 15 years ago, but the idea of strapping on some MDC armour and powering up a Heavy Plasma rifle was just too much of a temptation. So back in May of this year I started to put pencil to paper and finger to keyboard and began writing a scenario for Rifts.

As well as the scenario writing I have also been busy with rolling up 4 O.C.C for the guys who are playing, painting various models and other set piece building, barrels etc...etc.

Any way, enjoy the pictures and all comments are welcome.