So the final part of the Pearl of the Sea Mother dungeon was run at the weekend, all in all it went well and even though the last couple of fights were very tough there were no party deaths....but they came very close.

Here are a few pictures taken by myself and some of the players.
Enjoy. 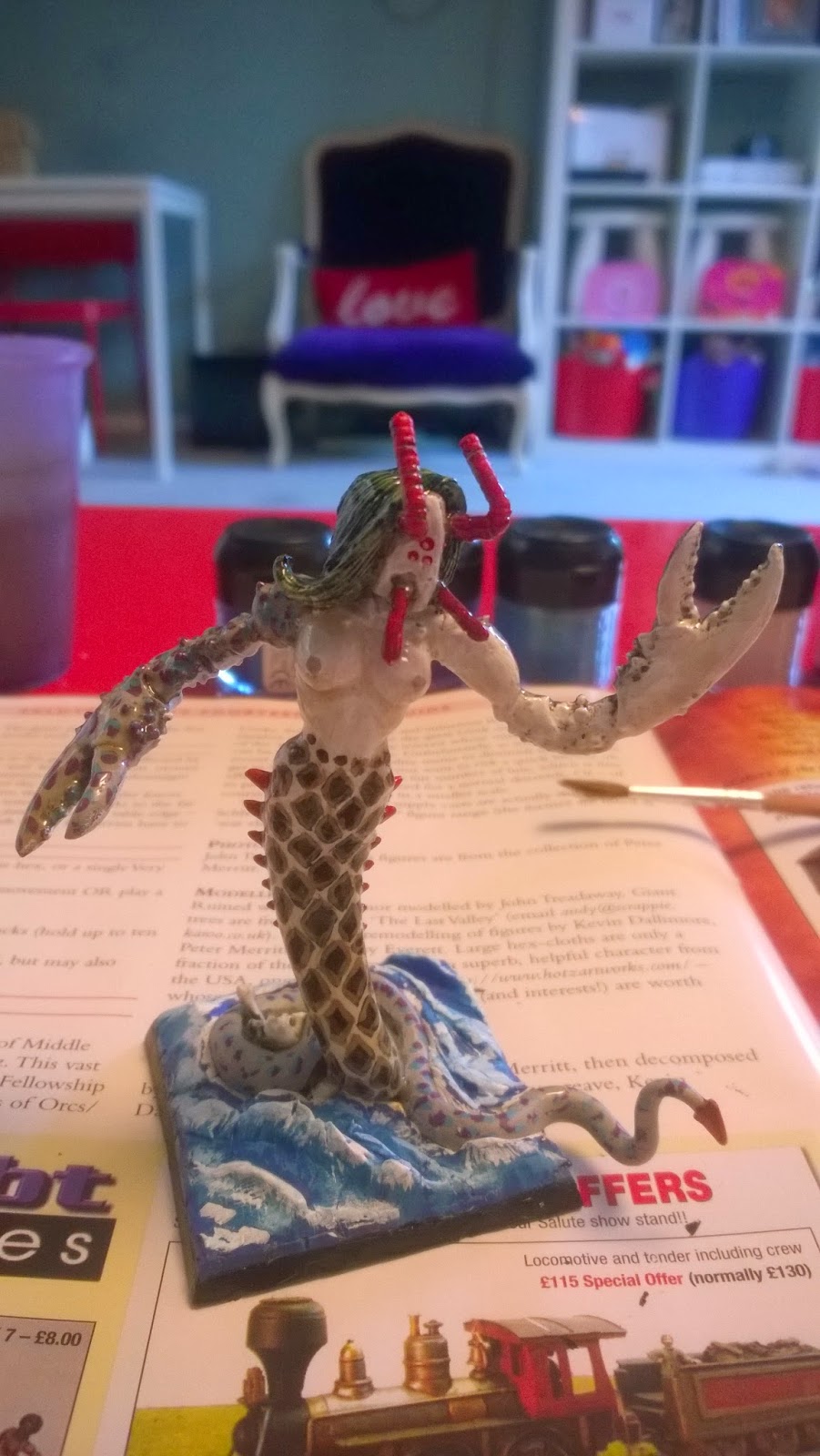 Blipdoolpool, painted and based in all of her glory.
This photo was taken at home a couple of days before the dungeon happened. 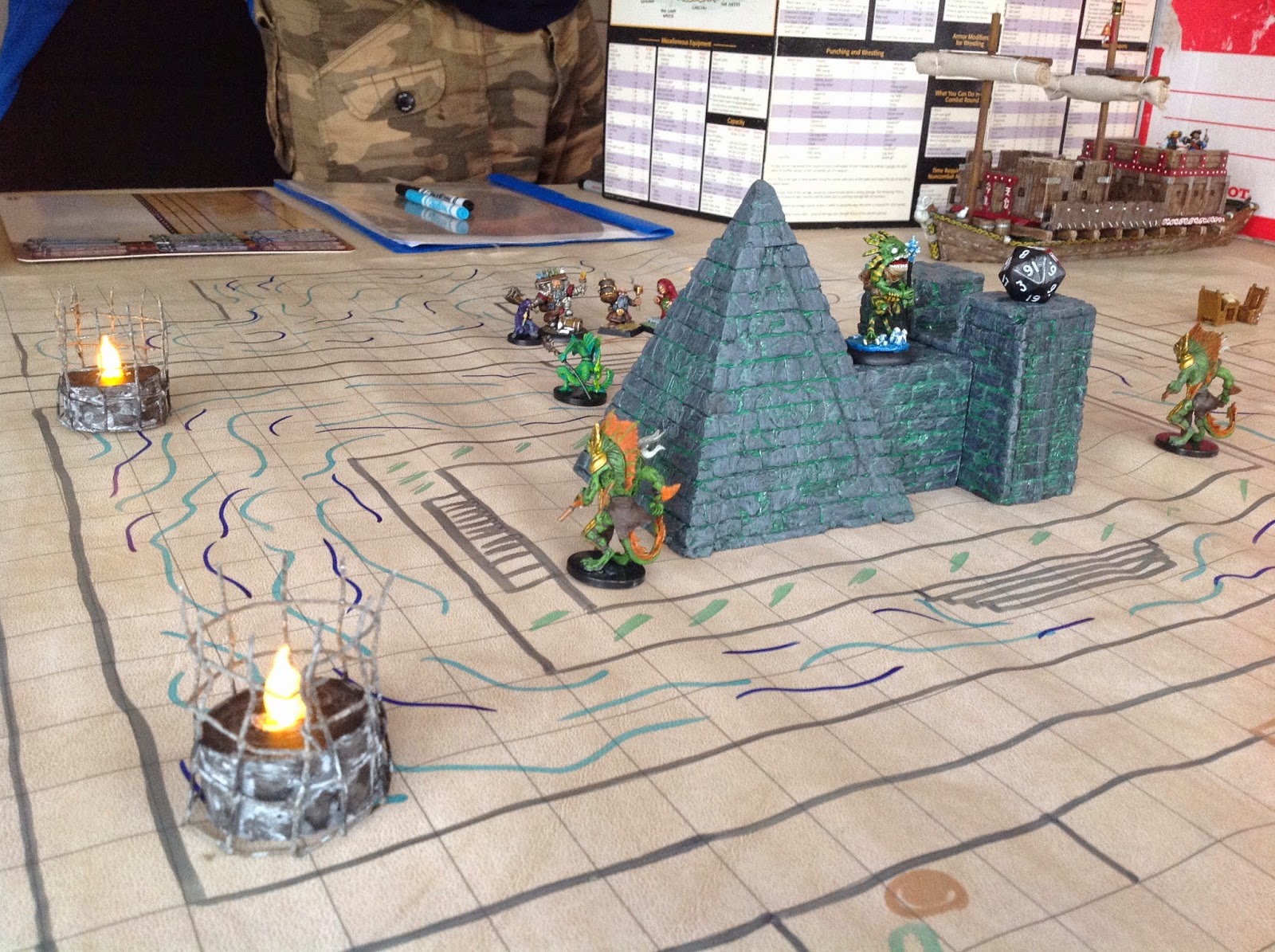 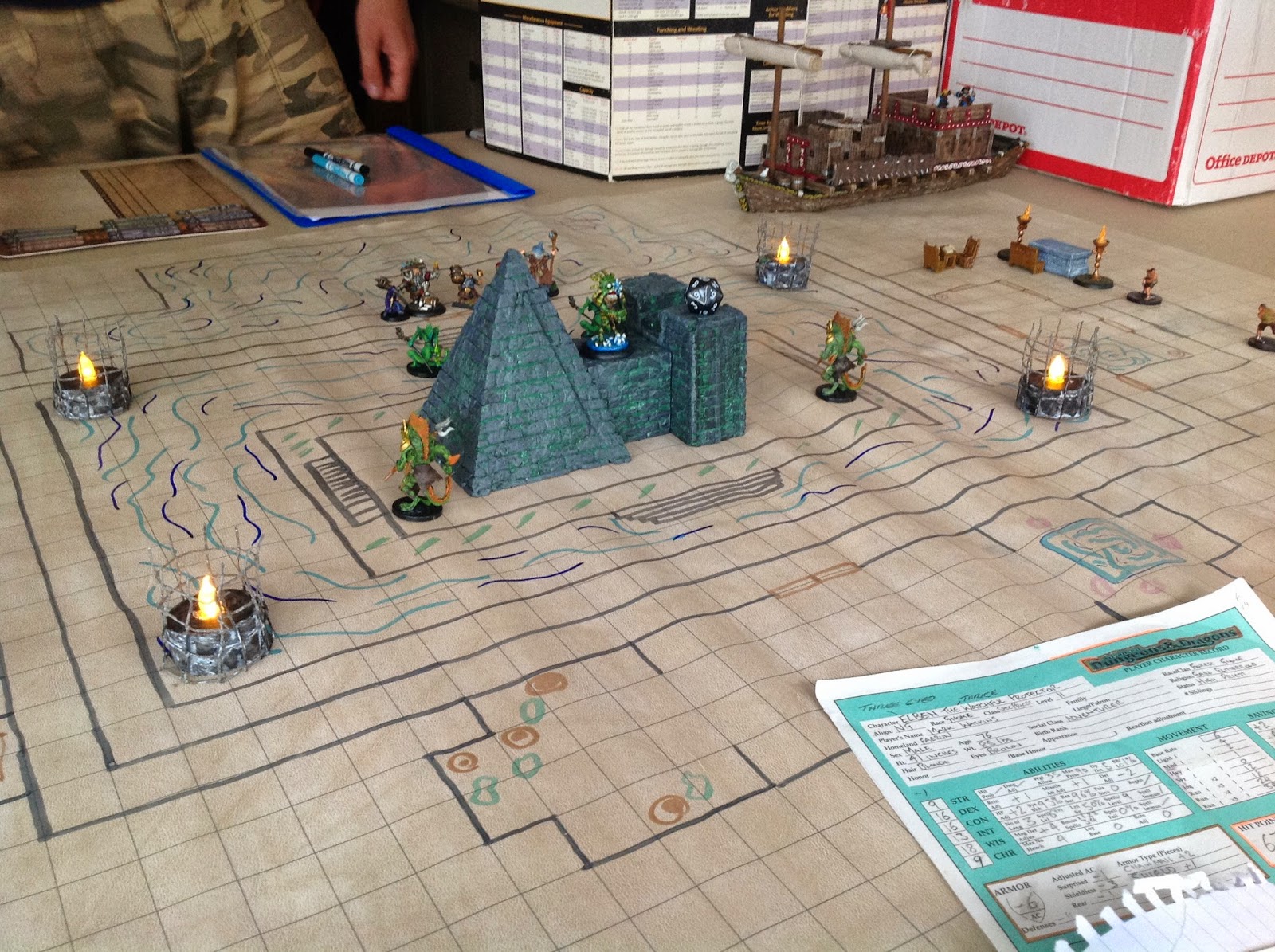 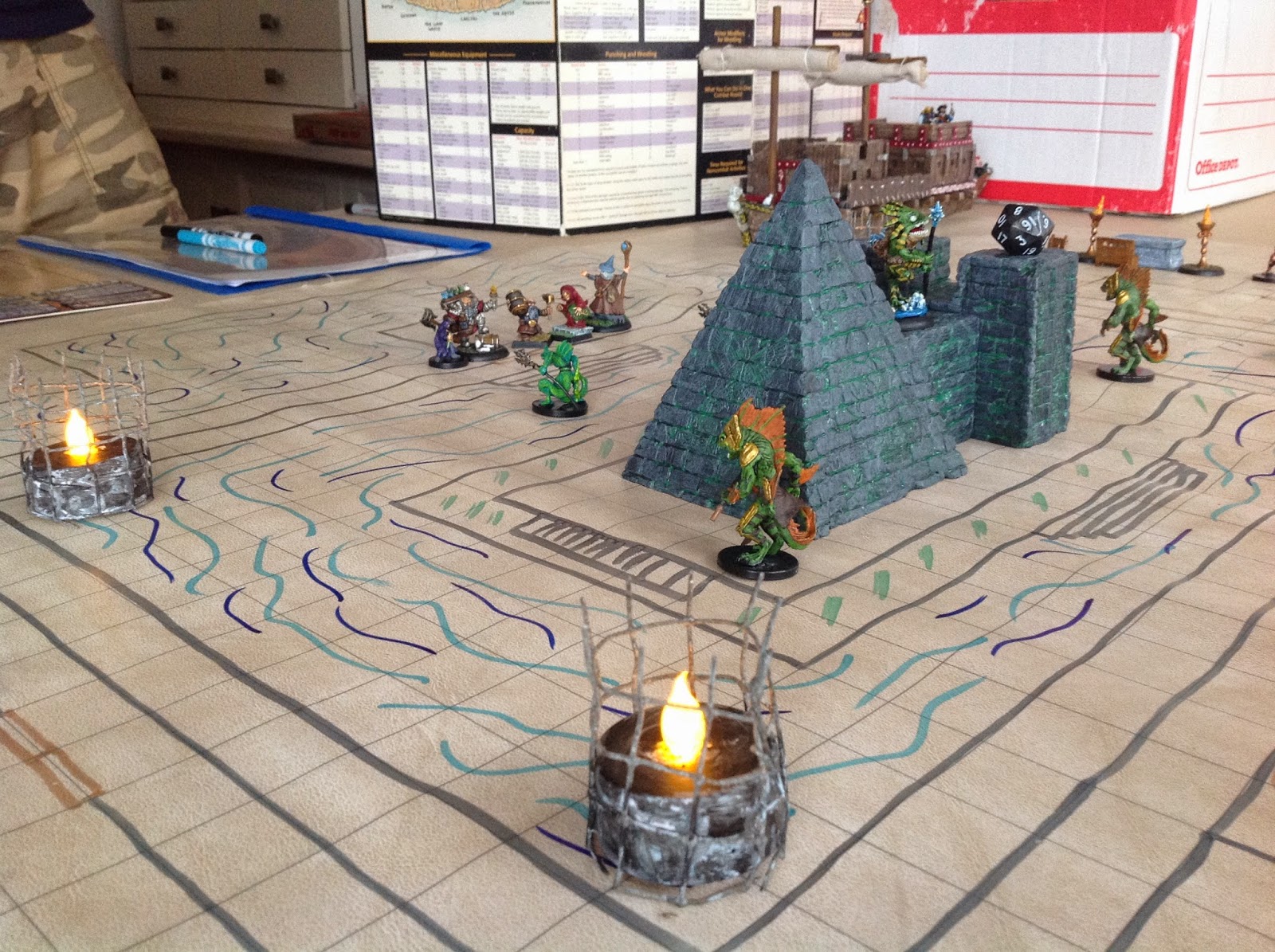 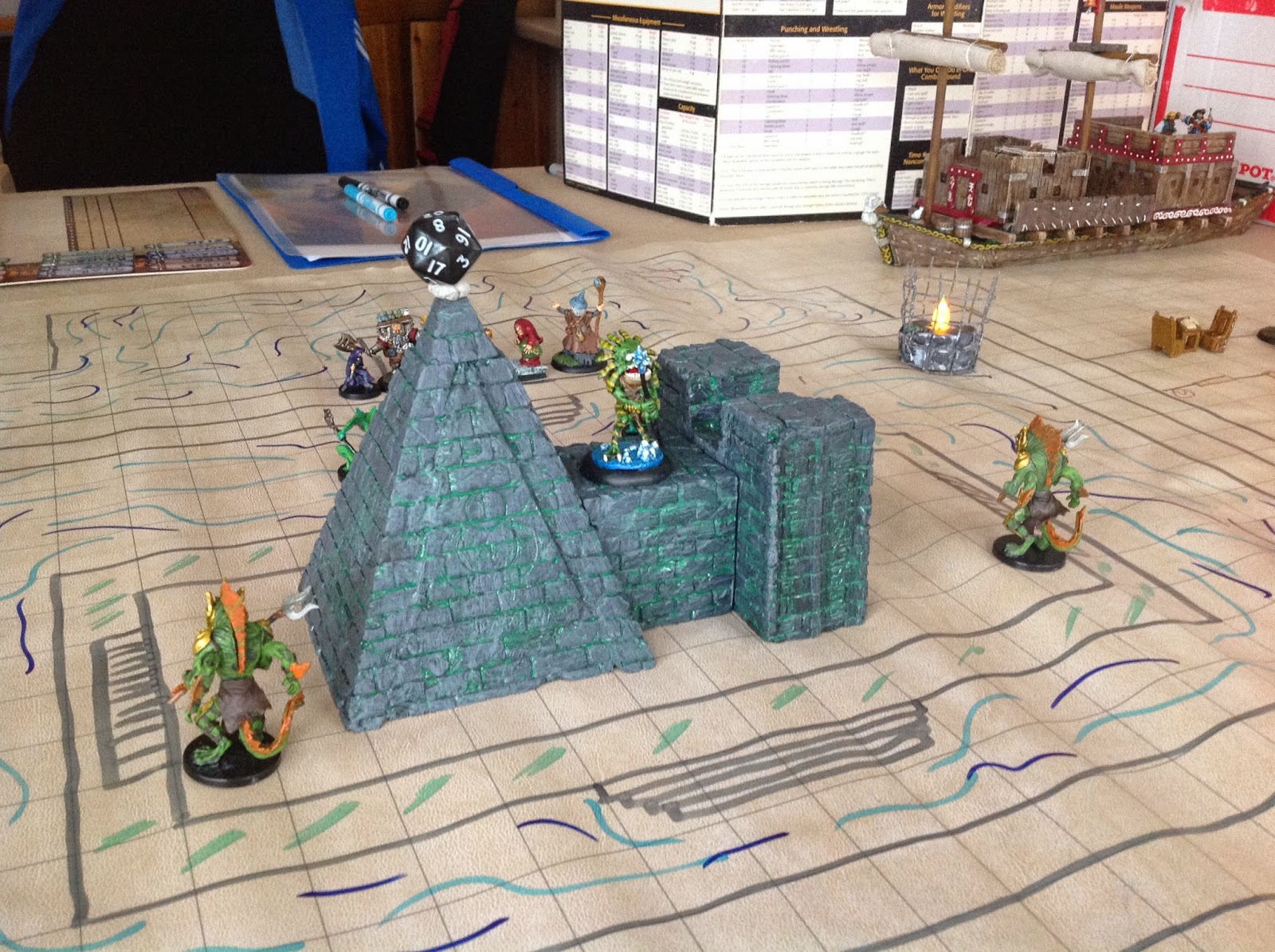 These pictures show the "final fight" that the party had to get past before they could retrieve the giant black pearl on top of the pyramid. I didn't have an actual pearl so a black D20 was used instead. 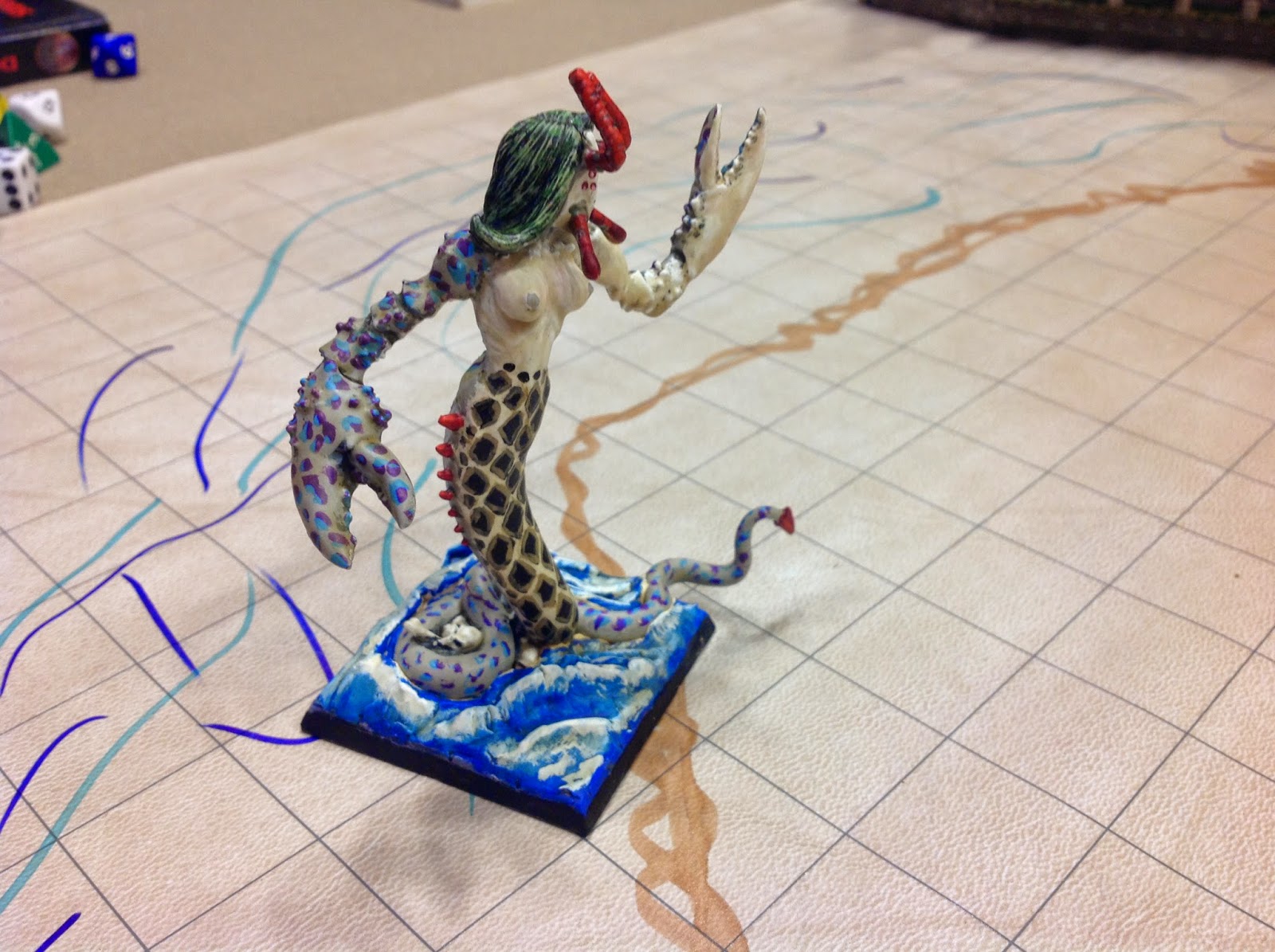 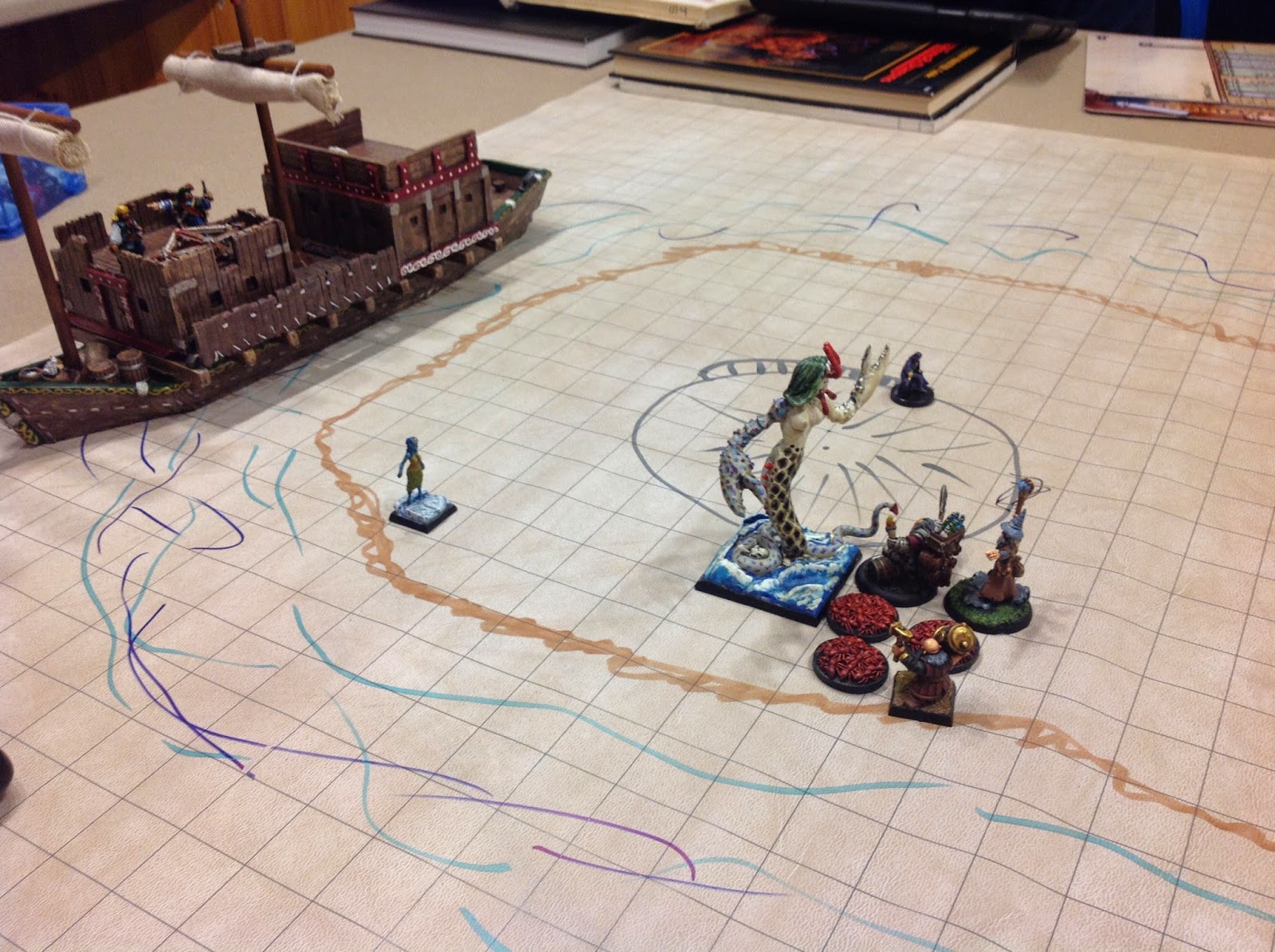 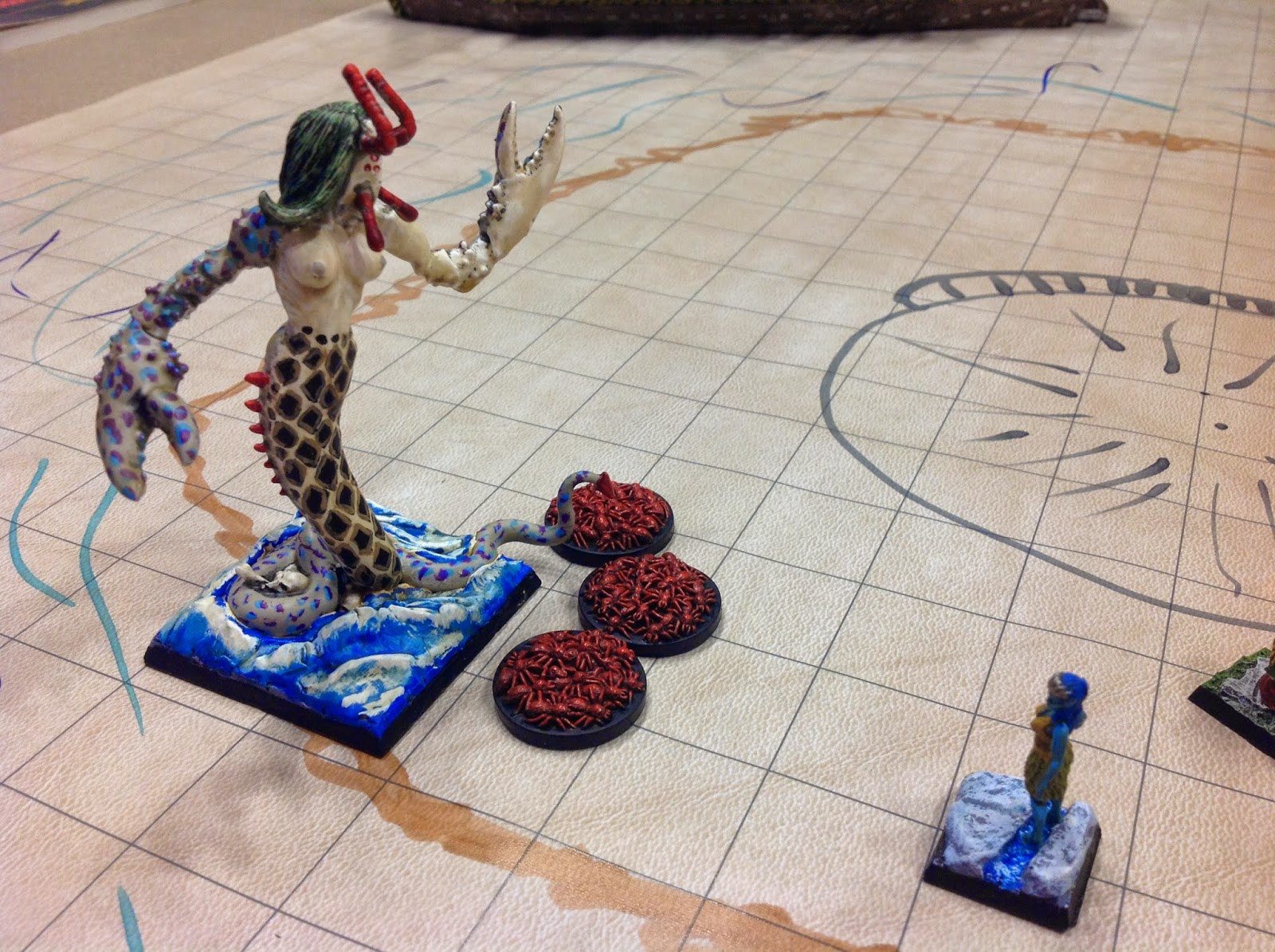 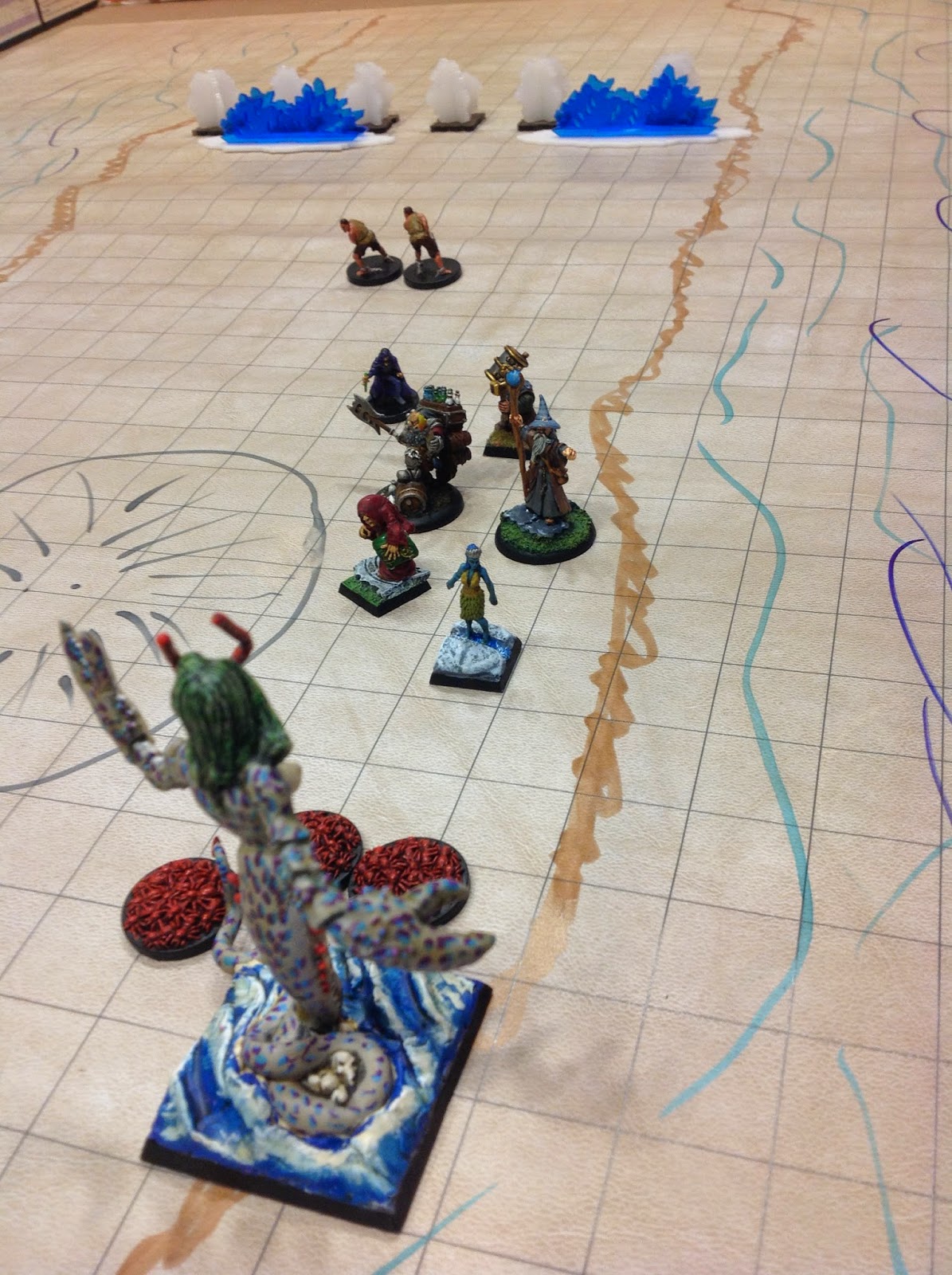 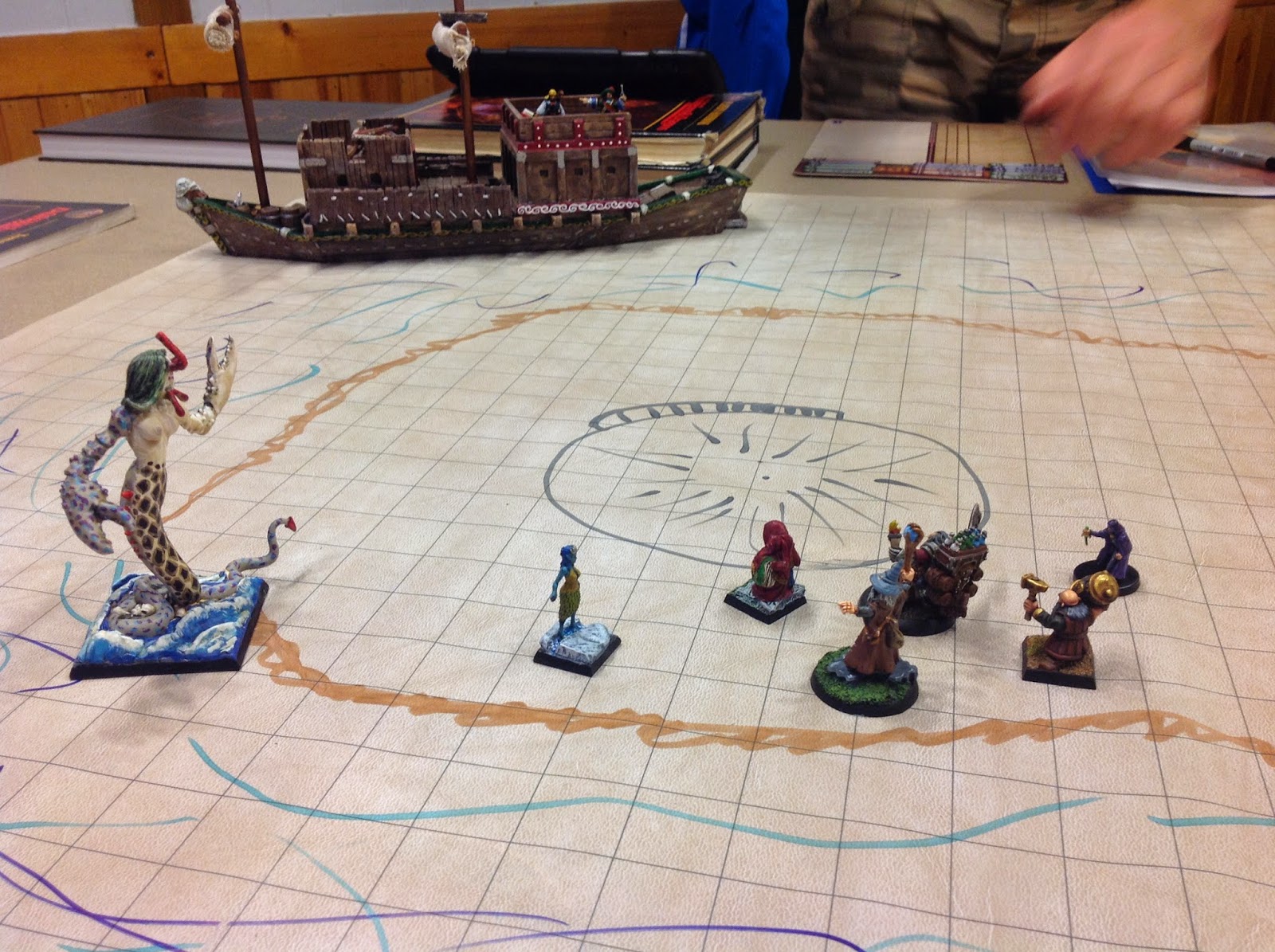 Once the party has retrieved the pearl and returned to the surface they thought they were safe, however Blipdoolpool has other plans. This is what happens when you annoy a Abyssal Demon and steal her property, she sends an Avatar to come and kick some butt..!!!